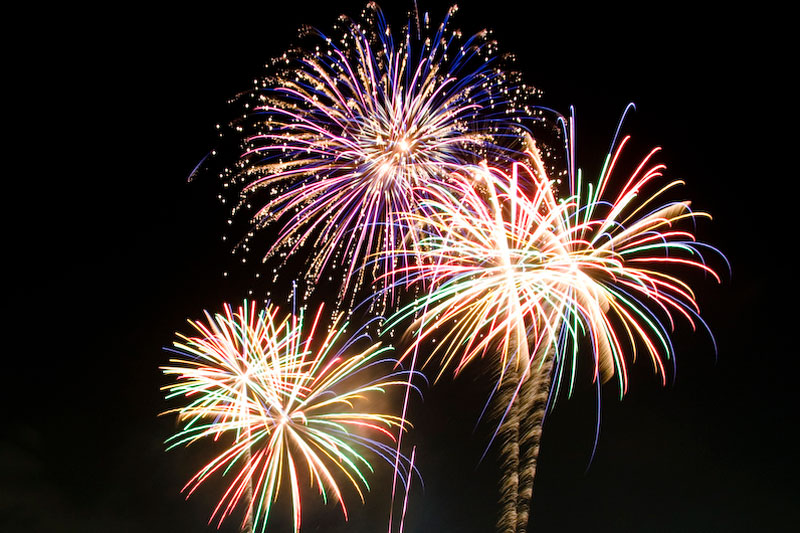 The city of Shawnee could bring back a community event with fireworks for Independence Day. The city is also considering legalizing the sale and use of consumer fireworks within city boundaries. Photo credit bayasaa. Used under a Creative Commons license.

Shawnee is exploring ways to legalize the sale and use of fireworks within city borders, while also possibly bringing back a community fireworks show for the first time in more than a decade.

After some discussion at its meeting Feb. 28, the Shawnee City Council directed city staff to look into options for fireworks to be legally purchased and fired off, particularly around the Fourth of July.

Why it matters: The sale and use of fireworks is fairly restrictive in Shawnee, as it is in  most other cities in Johnson County, with the exception of De Soto.

City leaders and staff mixed the discussion of sales and use of fireworks together and shared the following pros and cons.

Pros: Potential source of sales tax revenue; smaller government with freedom to celebrate how Shawnee residents choose; police would no longer have to enforce illegal use of fireworks

Cons: Public safety concerns, particularly for children; veterans and other residents with PTSD, as well as anxiety issues for babies and dogs; potential for costly cleanup.

Hard to enforce: Deputy Fire Chief Corey Sands said enforcement on the prohibition of fireworks is “very difficult,” and the fire department offers no education on safe usage of fireworks because the usage is illegal.

Shawnee had previously partnered with Lenexa for a roughly $100,000 show in Shawnee Mission Park, but discontinued it once the Great Recession hit in 2008.

Key quote: “It’s happening, whether or not we want it to or not. I realize that, and so I air on that side of, ‘Let’s make it legal if it’s happening anyway.’ On the other token, safety is my biggest concern as a mom, recognizing I want to keep our — whether it’s your fur babies or human babies — keeping them safe would be a big concern for me.” – Councilmember Jacklynn Walters

Next steps: The Shawnee city staff is planning to develop options to regulate the sales and use of fireworks, including skyrockets, flares, roman candles and firecrackers.

Specifically, the city will look into regulations of fireworks stands, permitting, sales tax regulations and benefits, and also a vision for bringing back a community event.

A recording of the meeting is on the city’s website. Discussion begins at 2:24:15.