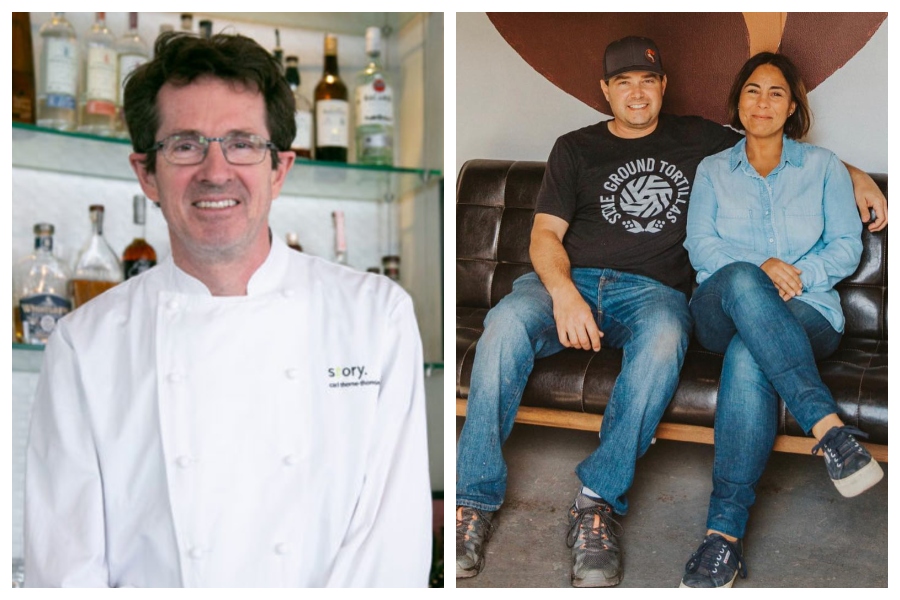 The Kansas City area’s only two semifinalists this year for prestigious James Beard Awards also both happen to have strong connections to the Overland Park Farmers’ Market.

Chef Carl Thorne-Thomsen of Prairie Village’s Story., who is a James Beard Best Chef: Midwest semifinalist, started shopping at the farmers’ market when he and his family moved to the metro in 2003.

While it started as personal shopping for him and his family, he said, he later began shopping at the market for ingredients for his restaurant.

The ingredient options and vendor variety evolved over the last 19 years, Thorne-Thomsen said, but it’s the quality that has kept him coming back.

“There is a great variety among the vendors and the quality is amazing,” he said. “We find what we need there and we stick there, we stay there.”

‘The culture and the camaraderie’

Before launching their own storefront, co-founders Mark and Marisa Gencarelli sold their wares in a stall at the farmers’ market, starting in 2017.

Overland Park Farmers’ Market provided a space and atmosphere for Yoli to share its unique product and offer samples to the public, Marisa Gencarelli said.

“We really believed in that market and we really love all the vendors, that was like the main reason we wanted to be there,” she said.

Gencarelli said the James Beard nomination is a big honor for Yoli because not many tortillerias are nominated — but it’s still business as usual.

It’s not uncommon for vendors to win awards locally, regionally and nationally, she said, “because of their passion and forethought” of their product.

While Thorne-Thomsen isn’t a vendor himself, she said, he is supporting farmers and “buying the best produce.”

Yoli’s success and nomination is indicative of the vendors’ professionalism and dedication “to providing the community with some of the best food possible,” she said.

“I think it comes down to the culture and the camaraderie that we have built,” Stanley said. “While most people, I think , would view other vendors with similar products as competition, we have really enhanced the spirit of the farmers’ market to where vendors partner with one another and get to collaborate to support one another. They ultimately lift each other up.”

Gencarelli said Yoli is “beyond grateful to have launched” at the Overland Park Farmers’ Market because of the leadership and the vendors.

“It’s like a little community,” Gencarelli said. “We all know each other, there are amazing people there that we have now nourished into friendships.”