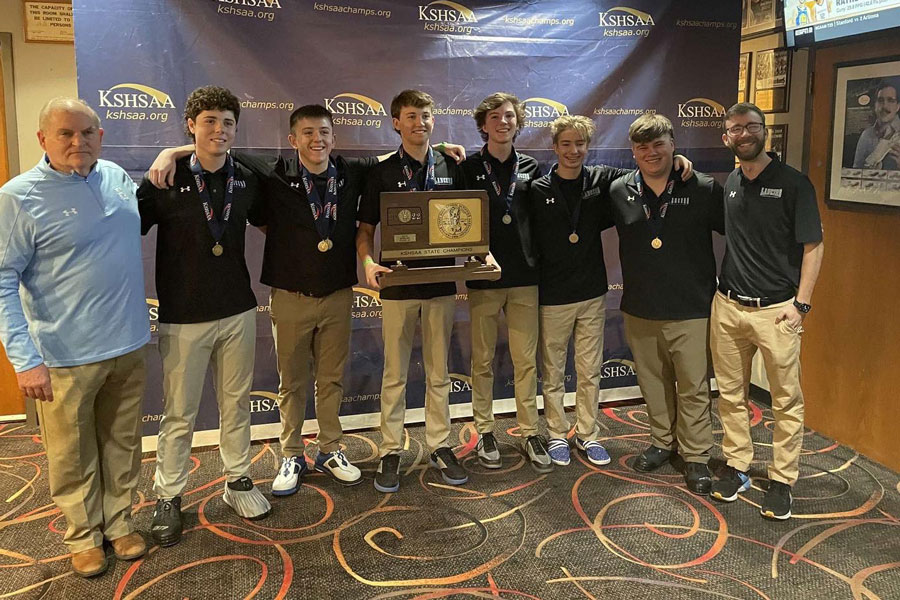 Coach Fred Elliot said the victory began sinking in while was happening Thursday but even more so the next day when he was able to reflect on what transpired.

Elliot said a group of seniors who started bowling for fun their sophomore year and stumbled upon the school’s bowling team made it their goal not just to make it to state, but to win it all.

Now, Elliot said, the efforts this team put in, including summers dedicated to bowling, finally paid off.

“We like to call ourselves a brotherhood,” Elliot said. “They help each other, they coach each other — good or bad, they’ll help each other. So here’s where we are. Those young men in their senior year, they did what they set out to do.”

Elliot said Workman is one of the hardest workers he knows and is both a player and a coach, who now hopes to bowl in college.

Elliot said he knows his underclassmen bowlers are going to want to bring back the state title next year.

He said Lancers boys’ bowling is returning a strong team, and he knows they will continue to dedicate themselves to the sport.

“These kids bowl on their own,” Elliot said. “You know, most kids do Play Station, these kids go and bowl at Ward Parkway. All they want to do is bowl.”