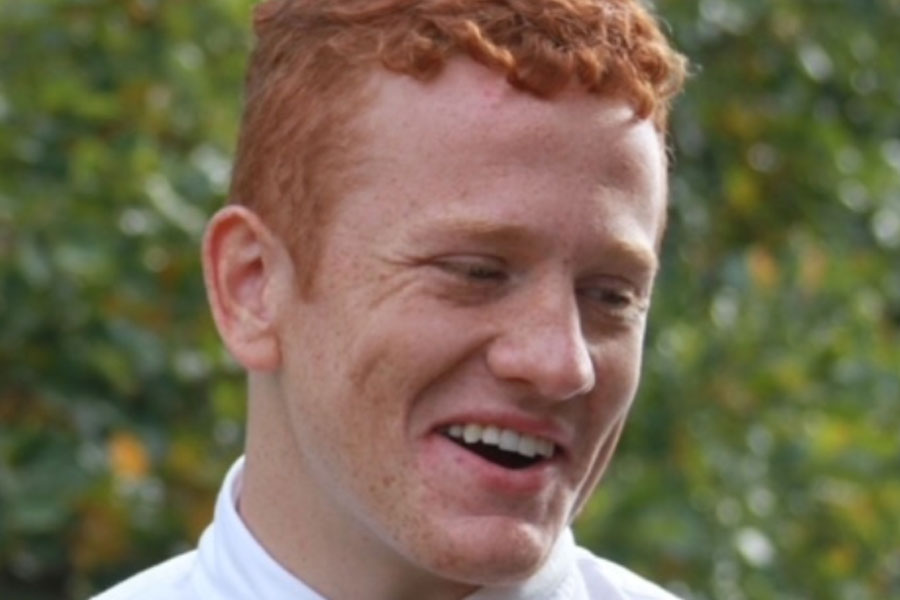 Williamson’s mother Melanie Miller-Williamson wrote in a Facebook post this week that her son was the kind of person who “defended kids that others bullied” and helped his coworkers with money for gas or food. Image via Park Lawn Funeral Home.

Friends and family of John “Mikey” Williamson, a 2020 graduate of Shawnee Mission West High School, are remembering him as a loyal friend and someone who stood up for others.

Williamson, 20, was one of three people killed in a shooting at a Lenexa home early Sunday morning.

Sara Beck, 22, and Dustin Johnson, 37, both from Belton, Missouri, also died following the shooting. Lenexa Police are now calling the incident a double murder-suicide carried out by Johnson.

Investigators say Beck and Johnson had previously been in a relationship, and Beck had recently started seeing Williamson.

‘Smile that lit the room’

Williamson’s mother Melanie Miller-Williamson wrote in a Facebook post on Feb. 28 that her son was the kind of person who “defended kids that others bullied” and helped his coworkers with money for gas or food.

An obituary says Williamson had recently become a supervisor at UPS and spent much of his free time outdoors, especially fishing.

Miller-Williamson described Mikey as someone with “a kind and giving spirit,” who had a “smile that lit the room.”

“I’m sorry we could not have saved you from the evil that ended your earthly life and I pray that you were not terrified,” Melanie wrote. “We love you with every piece of our hearts and souls. You are with us always.”

Members of the SM West community are also mourning Williamson.

SM West Viking Football tweeted its condolences to the Williamson family Sunday, saying that “Mikey had a huge heart and smile and will be missed so much.”

Our hearts and prayers go out to the Williamson Family today for their loss of Mikey. Mikey had a huge heart and smile and will be missed so much by all. RIP Mike Williamson!

The SM West football tweet sparked a reaction from several others who shared thoughts and prayers for the Williamson family.

One former coach said he and Williamson recently reconnected:

Heart breaking to hear about this. Mikey was my manager for the basketball team my year at West. His infectious smile and positive energy everyday was something I will always cherish. We recently reconnected at the gym and had been talking a lot this one hurts. Rest well Mikey. https://t.co/G2D8bW9Xw7

Another former coach and teacher reflected on the impact Williamson had on him:

I was heartbroken when I heard this from one of his friends this morning. Made me realize how important/big of an impact Mikey had on me. I was blessed to coach and teach him from 7th grade until he graduated and I cherish every day we had together. Be kind and enjoy each day https://t.co/QPQpudh3Nh

A celebration of Williamson’s life will be held on Saturday, March 5 at The Church of Jesus Christ of Latter-day Saints Lenexa Stake Center, 21515 W. 101st Street.