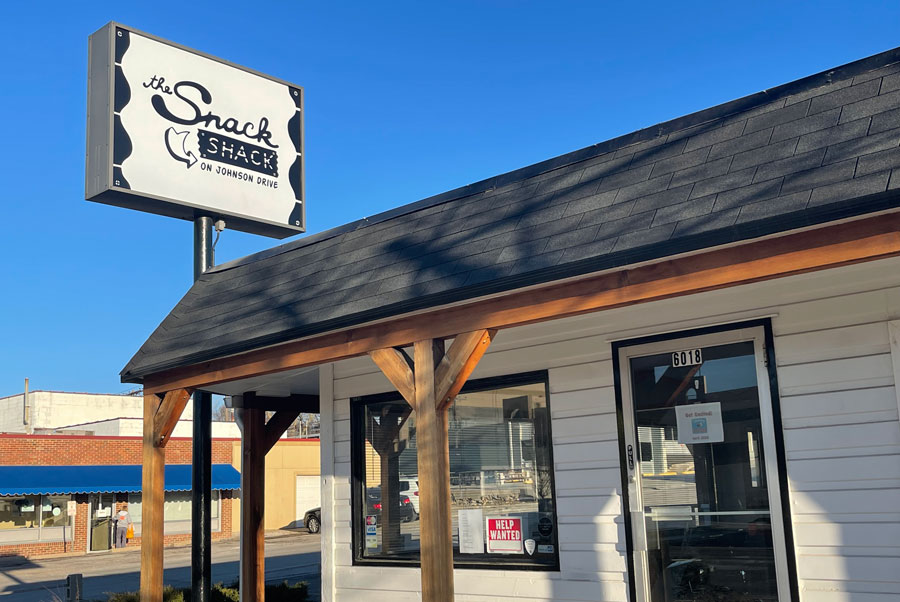 Originally planned as a second location, The Snack Shack on Johnson Drive, above, is now going to be the only Snack Shack restaurant. Owner Matt Tolle confirmed the burger joint is moving from downtown Overland Park to the site of the former Town Topic in downtown Mission. File image.

Burgers are coming back to Johnson Drive in downtown Mission but leaving a beloved spot in downtown Overland Park.

The owners of The Snack Shack on Santa Fe have announced they are moving from Overland Park to Mission next month.

When they announced plans nearly a year ago to take over the former Town Topic diner location on Johnson Drive, Snack Shack owners Matt Tolle and Rayna Andrew-Tolle said they planned to keep their original location on Santa Fe open.

“We’re very excited about opening,” Tolle said. “Having already been able to meet some people from the city, other merchants and residents of the neighborhood, we can’t wait.”

It’s unclear what will happen to the Santa Fe Drive storefront. Tolle declined to comment on the future of that location.

Either way, Snack Shack is now set to open in its new spot at 6108 Johnson Drive in early April.

Town Topic closed its doors at that address near the beginning of the pandemic in 2020 and never reopened.

Snack Shack’s move to Mission has been delayed, after Tolle and Andrew-Tolle originally targeted a late 2021 opening date.

Tolle said almost every piece they needed to open the restaurant was either on back-order or ran into delays during manufacturing.

Even though Snack Shack is still waiting on a few things, Tolle said, he’s optimistic that they’ll be delivered in time for the planned April opening.

Tolle said the new Mission location will feature the same atmosphere and menu as the Santa Fe shop, including takeout options and outdoor seating.

The only change customers can expect to see at the Johnson Drive restaurant is slightly more room, he said.

With the opening just a month away, Tolle said he’s grateful for the Snack Shack customer base who continues to support them and other local restaurants around the Kansas City area.

“I’m just so thankful to be able to bring our business to the Mission area and to serve our customers,” Tolle said. “Without their continued support, none of this would be possible. For every past, current and future customer, I sincerely give thanks to each and every one of them.”