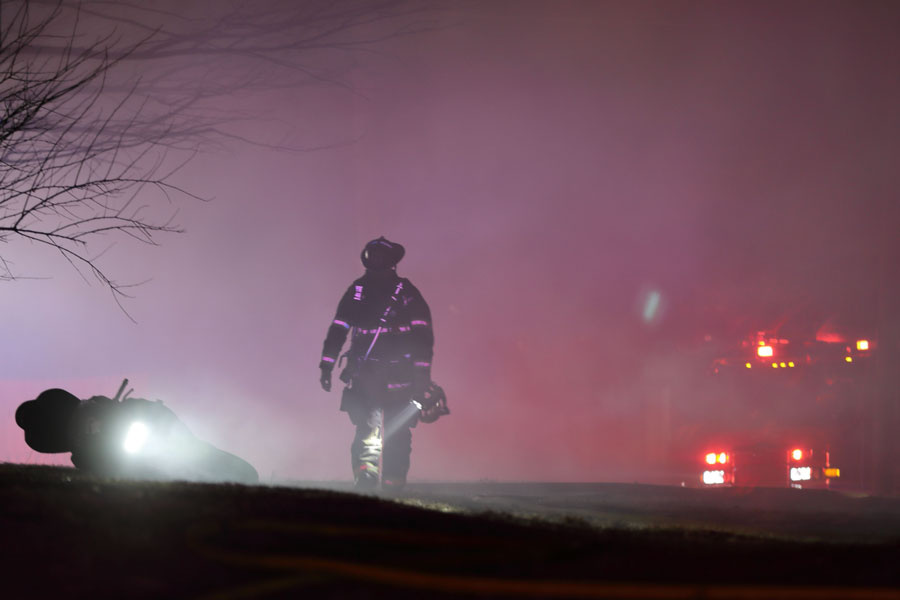 Johnson Count court records show a 28-year-old woman has been charged with involuntary manslaughter in connection with a fire earlier this month that left a young boy dead. A man was already charged with first degree murder in connection with the fire. Above, a firefighter on the scene of the fire earlier this month. File image.

Shawnee Police have arrested a woman listed as a resident of a home where a fire killed an infant earlier this month.

• Shawnee police arrested Karlie Mae Phelps, 28, on Friday and charged her with felony involuntary manslaughter involving a child under 6 and first felony possession of a controlled substance.

• She lived at the home where an infant was killed in a fire on Feb. 13.

• Police had previously arrested Nicholas Adam Ecker in connection to the fire, charging him with first-degree murder and aggravated arson.

She’s also charged with a misdemeanor of endangering a child under the age of 18.

Neither police nor prosecutors have officially confirmed Phelps’s relationship to the infant that was killed.

Court records show the charges for involuntary manslaughter and endangering a child took place the same night as the deadly fire. The address listed in the booking log also matches the address of the house fire.

Phelps is scheduled to make her first court appearance before a Johnson County judge Monday afternoon.

Firefighters and police responded to the house at 10502 West 69th Terrace shortly before 1 a.m. on Sunday, February 13.

Police arrested a man at the scene, Nicholas Adam Ecker, who has been charged with first-degree murder and aggravated arson.

He remains in custody, and his next court appearance is set for March 31.