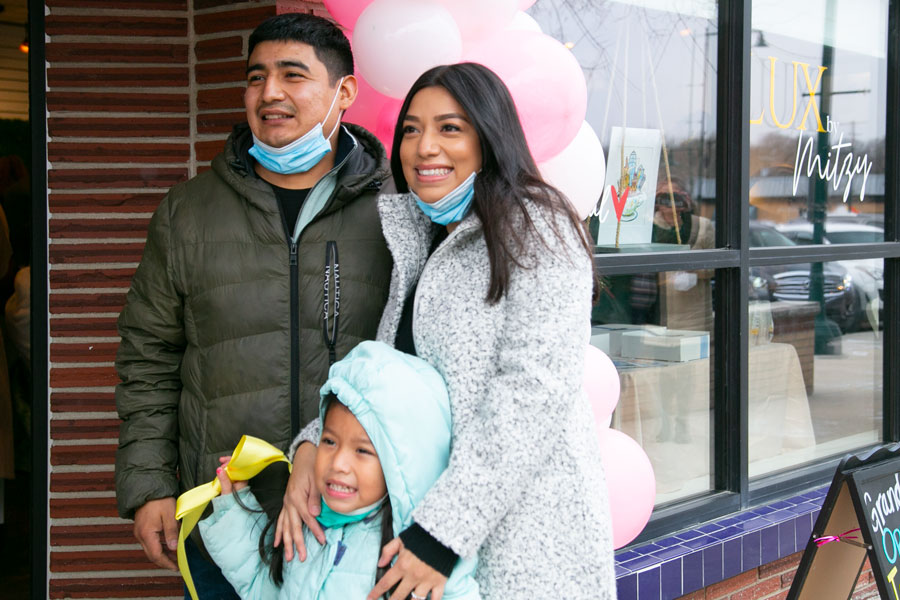 LUX by Mitzy, a storefront for local makers, is now open in the former Yoga Fix Studio space on Johnson Drive. Owner Mitzy Romero, right, said she changed the name of the store from Capax by Mitzy — which is her own brand — in an effort to show that the store really is for other local artists and creators, not just her.

LUX by Mitzy, a storefront for local makers, is officially open in downtown Mission.

Located in the former Yoga Fix Studio at 6124 Johnson Drive, LUX by Mitzy is the brainchild of owner Mitzy Romero. Romero originally started a resin business after losing her job due to her Deferred Action for Childhood Arrivals application being delayed in 2019.

Now, she’s opened a storefront to showcase her handmade products as well as other local makers’ items. That’s why Romero changed the store’s name from Capax by Mitzy — her own brand — to LUX by Mitzy.

Romero said she wanted to reinforce the idea that the store isn’t just for her and her products; it’s for other people, too. The team from one of the store’s vendors, ParaMi, helped create the new name, as well as the style and setup of the store right up until the grand opening Tuesday.

“We were all pitching in,” Romero said. “That’s really what I love about this because, like I said, this isn’t just mine. This is a lot of people’s.”

LUX by Mitzy features a number of local Kansas City creators, including Isabel’s Creations, Apparel To Dye For and Devotee Candles. Romero said she’s adding more vendors next month, and local makers interested in selling their products at the store can fill out an application online here.

Erika Reza, social media and marketing coordinator for ParaMi, said she and her team wanted to be part of LUX as a nod to the apparel and lifestyle brand’s mission: To give a voice to Latina women, who are stereotypically and culturally seen as stay-at-home moms or housewives.

There was some initial concern about whether or not there was an appetite for a storefront rooted in Latino culture in the Mission area, Reza said. Ultimately, Reza added, it doesn’t matter because “people are going to feel the vibe and they’ll want to come in here.”

Reza said she and other vendors appreciate the opportunity Romero is offering.

“I’m just so excited for [Romero] to make her dream come true,” Reza said. “She’s doing this and she’s sharing this with other women, other makers and creators. And we’re grateful that she decided to include us in this.”