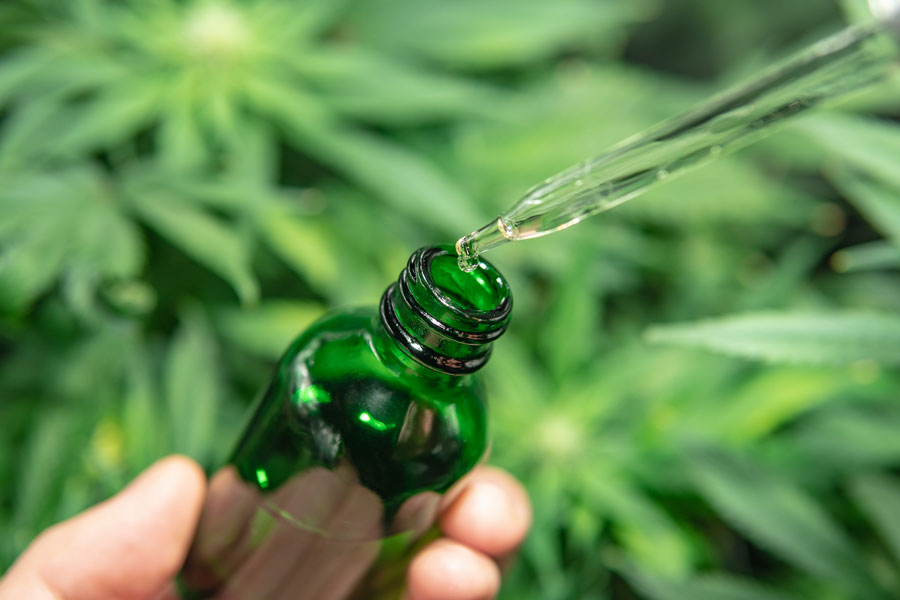 Johnson County District Attorney Steve Howe said his office has begun issuing warnings to local businesses, CBD stores and vape shots that they can no longer sell products that contain a compound known as delta-8. Such products are sold commercially and are derived from hemp, but questions about the legality of their sales have arisen in Kansas and other states due to the amount of THC in them. Photo credit Shutterstock.

Enforcement of Kansas cannabis laws got more real Tuesday for Johnson County businesses that have been selling a less potent-THC product considered legal in Missouri.

Johnson County District Attorney Steve Howe announced that the various wellness, CBD and vape shops that have been selling products containing delta-8 THC have until March 20 to remove it from their shelves or face possible criminal proceedings.

Howe’s announcement left business owners disappointed and in some cases angry. They contend that delta-8, which does have psychoactive properties, is used primarily for pain and stress management and not for a recreational high.

“These are the reasons why people use delta products. It’s not to get stoned, it’s to help sleep better, it’s to help manage anxiety, it’s to help mitigate pain,” said one Johnson County business owner, who did not want to be identified because of the “hostile legal environment.”

“The average age of people who purchase these products in our businesses is typically between 30 and 60. These aren’t stoners looking to get high. These are people looking for solutions,” the business owner said.

Howe’s action was the latest in law enforcement’s efforts to settle the question of where the non-traditional THC products fit into the law.

In Kansas, neither medical nor recreational cannabis is legal. But there has been a question about what the threshold is for when a product crosses into illegal territory. For instance CBD, a cannabis-derived product, is legal.

Generally, products containing THC, the psychoactive ingredient in marijuana, are understood to be illegal. But isomers of the THC molecule found in cannabis are a gray area in many jurisdictions.

The THC compound that’s most abundant in traditional cannabis is known as delta-9, the 9 being a reference to the location of a double bond in its chemical structure.

In delta-8 THC, that double bond is in a different location. Delta-8 THC is present only in trace amounts in traditional cannabis, so most delta-8 products on the market are derived from hemp — much like CBD, which is legal under Kansas law.

Most delta-8 products on the market contain concentrations far higher than that limit.

With Schmidt’s office having issued its opinion, the next step is enforcement. Howe’s office follows a similar action by Ellis County officials in December.

In a press release Tuesday, Howe distanced his office from the legislative branch in charge of writing the laws.

“We are hoping the Kansas Legislature will provide further clarity to this issue during the next legislative session,” the release said. “While we are sympathetic to the plight of many who suffer from a variety of ailments and conditions and seek help in easing their pain, we have a duty to ensure that unlawful products are not being sold to consumers and that these substances go through proper vetting processes to insure they are safe to consumers,” the press release said, calling delta-8 THC a “hallucinogenic drug.”

The press release also said “we have begun providing written notice to businesses selling these products.”

But questions remain about how many businesses that includes or how exhaustive that notification process will be.

Howe clarified later that the notices will actually come from local police departments and it will be up to businesses to decide if their products are legal.

It was unclear whether any local police departments had begun sending the notices. The Overland Park Police Department, for example, has not yet begun to make a list of businesses, according to a department spokesperson.

Howe’s announcement and the attorney general’s earlier ruling have already had a chilling effect on at least one business.

Kure CBD & Vape of Overland Park manager Katrina Madouras said the store, which is corporate owned, had already shipped out its supply of delta-8 products after Schmidt’s decision was made.

Madouras said the store’s inventory would have met the requirements to be excepted. It was removed anyway out of an abundance of caution, she said.

“Our shop is very, very meticulous on the laws,” she said, adding that the products were closer to CBD in strength. Most buyers use it for pain relief and as a sleep aid, she said.

“I think honestly this is one of the most ridiculous things,” she added.

Cannabis advocacy groups have warned that questions over delta-8’s legality will be a challenge for business owners.

“We strongly believe the resulting persecution of Kansas citizens, retailers, distributors and ancillary business owners is detrimental to our state and its people,” said a press release last month by three such groups, including the Kansas Cannabis Chamber of Commerce, Kansans for Hemp and Kansas Cannabis Coalition.

Those groups urged business owners to check their stock and keep meticulous records on the industrial hemp origin of the products. 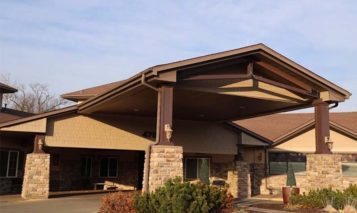 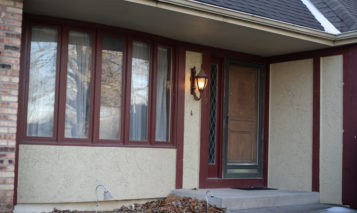 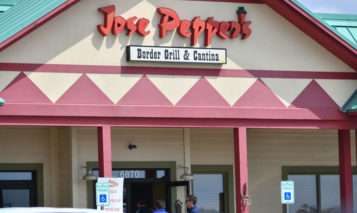 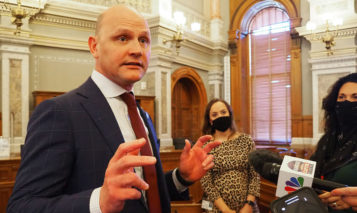 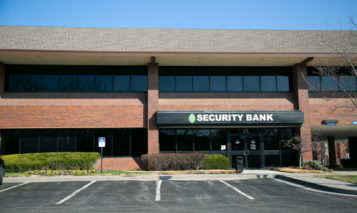