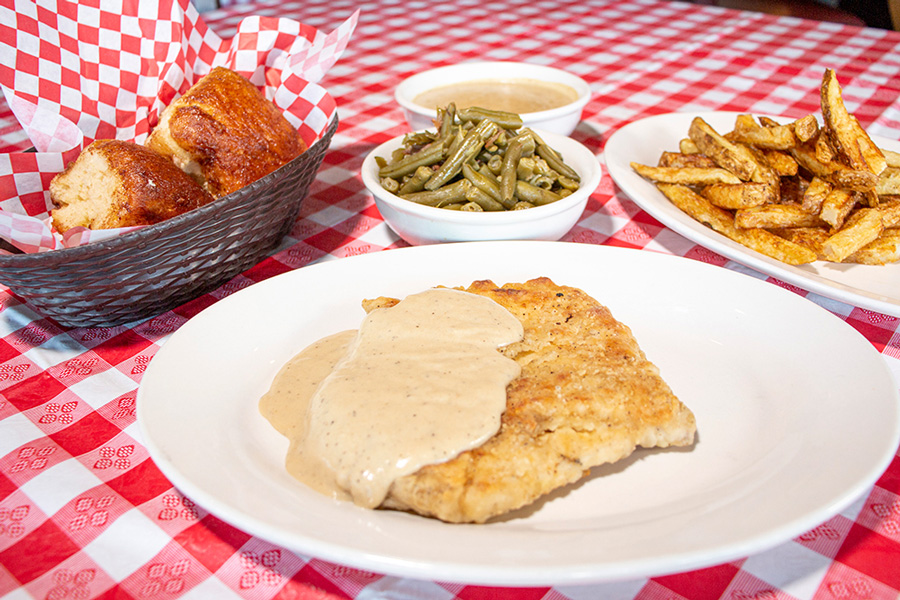 Stroud's is planning to expand its express location on Johnson Drive in Mission to a full-service dine-in restaurant. Photo courtesy Stroud's Fried Chicken.

Starting next month, Stroud’s Express in Mission, a delivery-focused offshoot of the pan-fried chicken restaurant, will begin offering full-service dining.

Located at 5405 Johnson Drive inside the Mission Mart Shopping Center, Stroud’s Express & Catering opened last summer and is now temporarily closed as it renovates its space to create an express-style dining room.

The revamped dining area will be inside the former Lucky Brewgrille, which closed in March 2020 due in part to pandemic strains.

Bethany Neal, vice president of sales, marketing and technology for KC Hopps, which owns the Stroud’s franchise, said the team working on the expanded dining concept is excited for the relaunch in March.

“It’s tough to hire right now; that’s ultimately why we had the express concept because we didn’t have to staff a full-service restaurant,” Neal said. “We’ve seen the workforce come back a little bit, which is great, so we’re hoping that we can keep staff, train staff, and get everybody excited, and add more jobs to that area. We’re just preparing, so the excitement is more of, ‘Let’s get busy.’”

Neal said they’re developing a more casual dining concept where customers can pick up their own drinks and also enjoy self-seating service.

The Mission Stroud’s location also plans to serve wine and beer. Company officials say the restaurant is hiring and training for nearly every position in preparation for the reopening, from dishwashers to managers.

For those on the go, fear not: Express carryout and delivery services will remain at the Mission location.

Neal said the Mission restaurant’s dine-in hours are not quite set, but they will probably pair with the express hours.

They also plan to be open for dine-in during lunchtime on Saturday and Sunday.