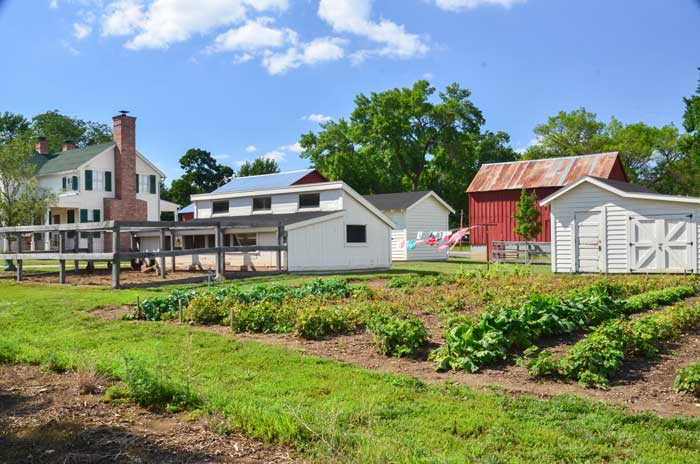 Shawnee city staff presented the city council this week with a number of ideas for spending roughly $7.5 million in federal funds disbursed through the American Rescue Plan Act. The proposals entail several infrastructure projects, including $140,000 for sewer improvements at Shawnee Town 1929, above. File image.

The city of Shawnee is deciding how to spend roughly $7.5 million in federal COVID-19 relief funds, including for pandemic response efforts, infrastructure and economic development initiatives.

The funding is Shawnee’s cut of the American Rescue Plan Act, which was made law nearly a year ago and represents an additional round of federal aid on top of the CARES Act passed at the start of the pandemic in 2020.

In discussions with the Shawnee City Council on Monday evening, Finance Director Don Cawby shared a list of possible funding uses for the federal money.

Some of the suggested city projects were already budgeted to be funded by city dollars, while others are newer projects that could get tackled sooner with the federal boost.

Here’s a list of pandemic-related response initiatives that could get a slice of funds:

The city’s infrastructure improvements that could receive funding include:

The city’s economic development initiatives that could receive funding include:

About $138,000 would remain uncommitted for contingency purposes, the city said.

However, several city councilmembers showed little interest in that idea, at least for now. The initiative would be the city’s first complete east-west connection for pedestrian traffic.

A few councilmembers also favored projects that invest in the city’s infrastructure — particularly repairing the Gleason Road Bridge, which some residents consider to be dangerous — as well as economic development initiatives such as land banking, which is an investment strategy for the city to attract more economic activity across the city.

The city council will consider all of these projects for federal pandemic funding at a later date.

A recording of the meeting is below and on the city’s website. Discussion begins at 3:02:23.