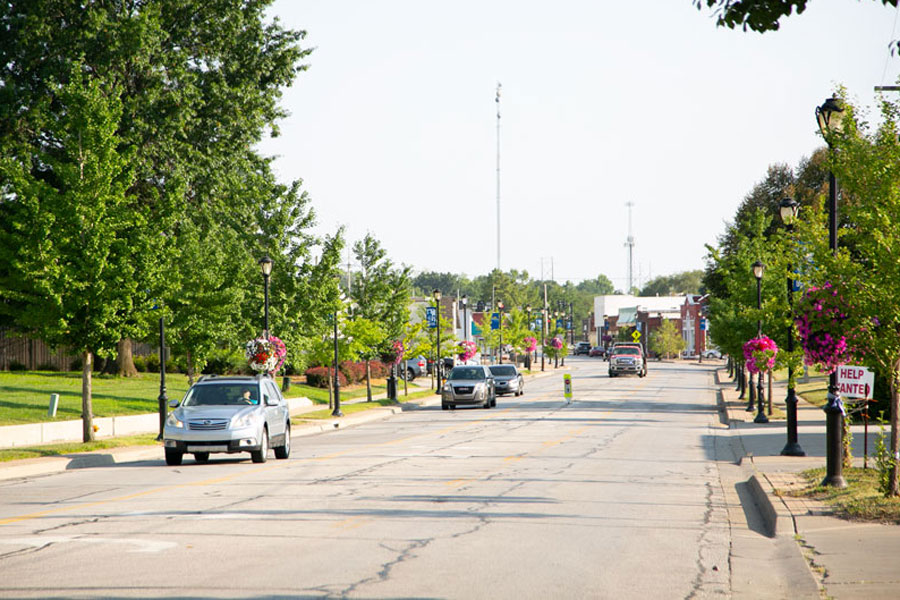 The city of Merriam approved a nearly $450,000 design contract with BHC Engineering for work along Merriam Drive in downtown, from Johnson Drive to 55th Street. File image.

Why it matters: The design scope includes the portion of Merriam Drive from Johnson Drive to 55th Street, which runs directly through the city’s downtown area.

While this is simply the design contract, the final project when completed aims to bring new curb and gutters, sidewalks, pavement and bike lanes to that stretch.

The connected corridor plan is a vision for Merriam Drive as it runs through not only Merriam but also north through Overland Park, Mission and Kansas City, Kansas.

The connected corridor plan is in its beginning stages and envisions a more connected and accessible thoroughfare, according to the plan’s website.

Bikeability and walkability are two key focus areas of the plan, and the recently approved design contract includes not only new sidewalks but also bike lanes.