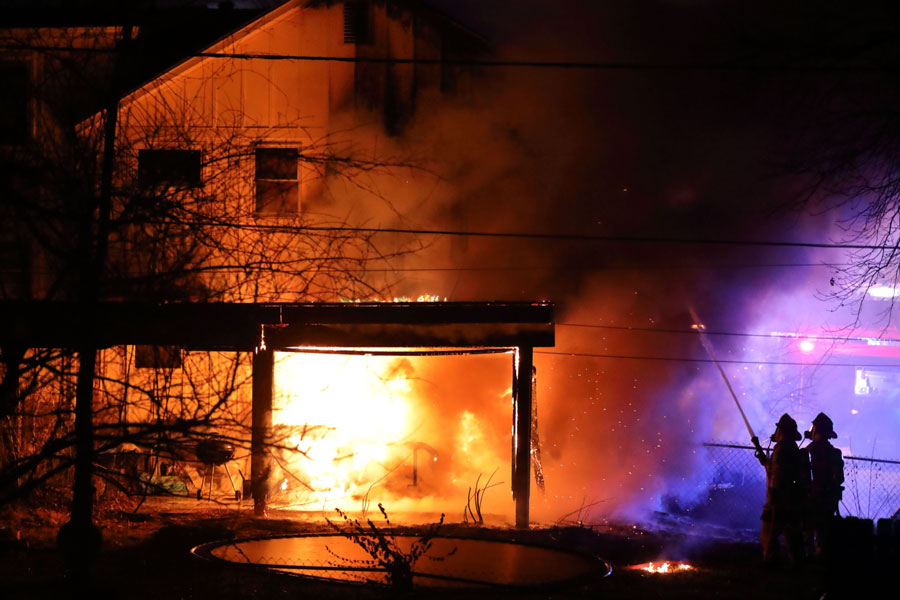 Firefighters responded early Friday morning to a house fire in northeast Shawnee. Above, firefighters battle the heaviest part of the blaze on the back of the home on 49th Street. Nobody was reported injured and investigators say all residents safely evacuated the home. Photo credit Mike Frizzell.

Shawnee Fire investigators are working to determine the cause of an early morning house fire on the northeast side of the city.

Firefighters from Shawnee, Overland Park and Consolidated Fire District No. 2 were called to 11515 West 49th Street just after 2:30 Friday morning.

Recorded radio traffic from Shawnee Police indicates that a newspaper delivery person called 911 to report the fire. Firefighters arrived to report heavy fire visible on the rear side of the house.

The Shawnee Fire Department confirms all residents escaped safely and no firefighters were injured.

Police evacuated at least one neighboring home when they arrived on the scene.

Firefighters had the blaze under control in under 20 minutes. The fire was reported to be fully extinguished just after 3 a.m.

The cause of the fire remains under investigation, and a damage estimate was not immediately available. 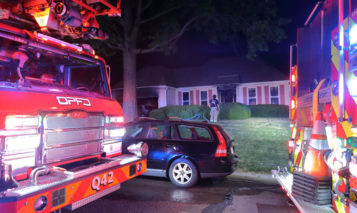 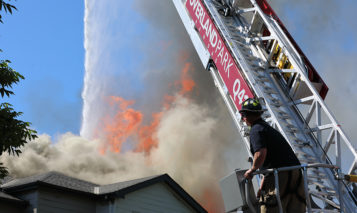