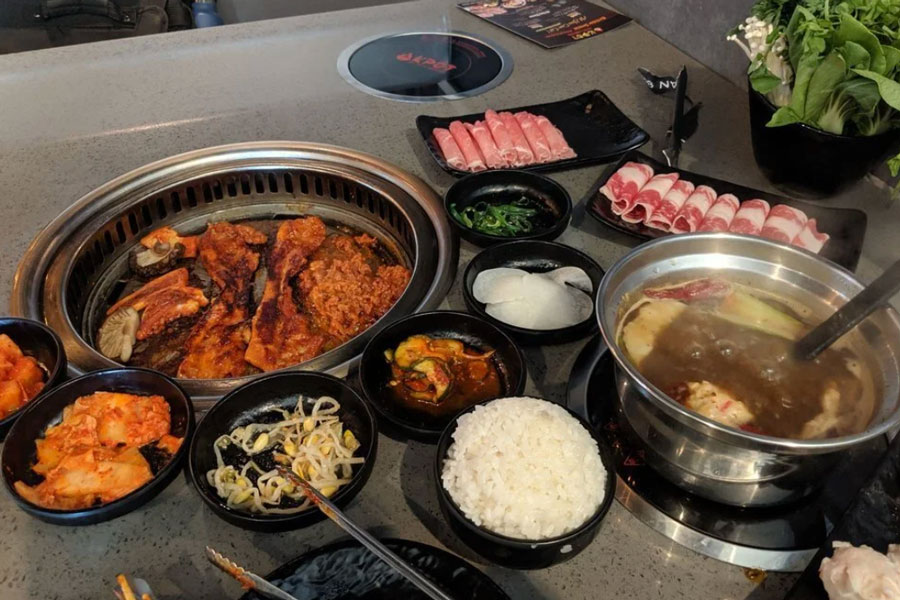 Four new tenants are making their way to one of south Overland Park’s busiest areas.

According to city documents, the Corbin Park shopping center at 135th Street and Metcalf Avenue is getting:

Below is a breakdown of each new tenant coming to the complex, and where they will be located at.

The Korean barbecue restaurant will take over the 7,5000-square-foot building at 7001 W. 135th Street, which formerly housed Ted’s Cafe before it closed in 2018.

The restaurant chain has a total of five locations in three other states but this location at Corbin Park will be the first of its kind in Kansas.

K-Pot officials say the restaurant is coming soon but do not have an exact opening date.

A provider of all things pertaining to pets, the new store is set to supply a variety of animal supplies, pets and additional services, such as grooming and puppy training.

The Corbin Park location will be Petco’s third location in Overland Park.

A new entertainment concept called BRK Through is set to be built at 6403 W. 135th Street.

Very few details have been released about this facility, but Matt Rau, with Kansas City-based real estate firm CBRE, which helped helped sign the tenant to Corbin Park, describes it as something that “will compliment nicely” with Chicken N Pickle, which recently opened at nearby Prairiefire.

BRK Through is projected to open later this year, officials say.

The University of Kansas Health System

KU Health will take roughly 12,000 square feet in the building next to Spin Pizza, filling three vacancies at the center.

However, the new medical clinic will not be the only one of its kind at Corbin Park as HCA Midwest Health opened their own CareNow Urgent Care at the center in 2016.