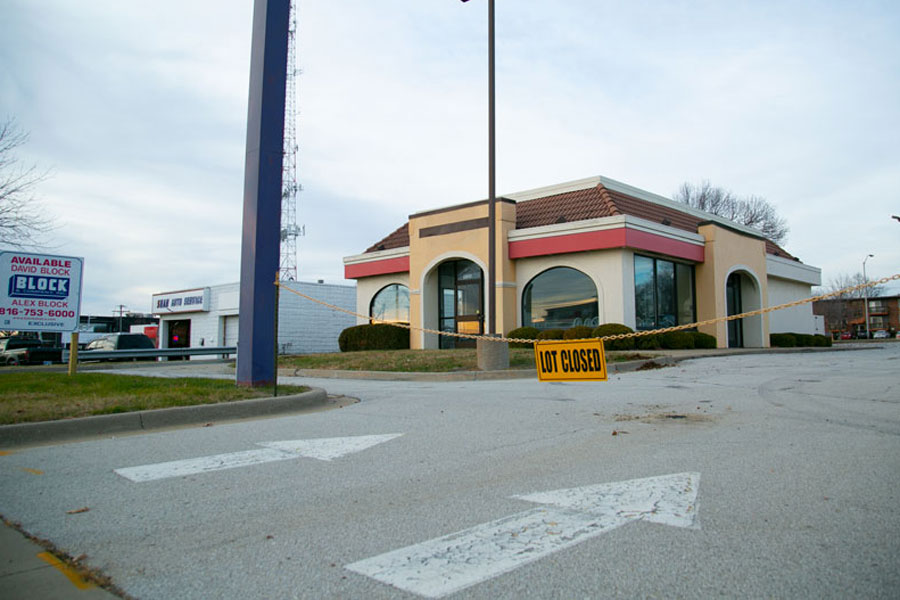 The Merriam City Council recently approved a redevelopment agreement with Merriam North Bell LLC to build a Chipotle at 8800 Shawnee Mission Parkway, the site of a former Taco Bell, above, which has sat vacant since 2015. File photo.

The Merriam City Council has unanimously approved public tax incentives for the redevelopment of a former Taco Bell on Shawnee Mission Parkway.

Merriam North Bell LLC, an affiliate of Kansas City-based Block and Co. and owner of the site at 8800 Shawnee Mission Parkway, plans to turn the vacant fast food restaurant into a Chipotle.

The developer is getting $300,000 worth of tax increment financing, or TIF, incentives in two disbursements to help demolish the old Taco Bell building and address accessibility and stormwater management concerns at the site.

One of the stipulations for the TIF agreement is that Merriam North Bell and any affiliates, including Block and Co., must be current on city taxes by June 1. That was a sticking point for several city councilmembers at their Dec. 13 meeting.

The city’s Community Development Director Bryan Dyer confirmed to the city council that this means Block and Co. must pay some $130,000 in taxes it owes the city for the former Kmart property nearby.

“I think everybody heard the council loud and clear when they had concerns about property taxes not being paid before TIF disbursements are made,” Dyer said.

Below are the details of the redevelopment agreement between the city and Merriam North Bell, which includes the TIF incentives, as outlined by Dyer during the meeting: