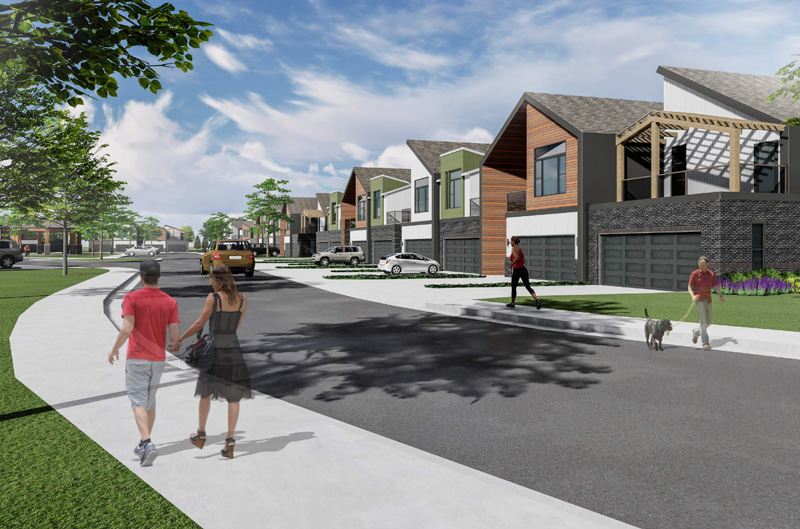 Preliminary plans for Townhomes at Watercrest Landing have passed Lenexa's inspection. Above, a conceptual design rendering of the project.

Lenexa has advanced plans for Townhomes at Watercrest Landing, which are part of a massive residential project along K-7 Highway near West 95th Street.

The Lenexa Planning Commission on Monday voted 8-0 to approve a preliminary plan for Townhomes at Watercrest Landing. Commissioner Jerry Harper was absent.

Some commissioners had questions about the timeline of the project and the trail as well as plans for parking and storm shelters but ultimately shared full approval for the project.

City staff noted that the city will review final plans with these details before construction begins.

The townhomes are part of a larger 190-acre project for Watercrest Landing.

The plans underwent intense scrutiny by city leaders over the past year, particularly after neighboring single-family homeowners pushed back against some apartments tied to the project.

The townhomes were the most recent piece of the project to undergo city approvals. The Lenexa City Council in April 2021 approved conceptual plans for the townhomes.

At that time, a representative on the project said they estimate the townhome units to be sold starting at $400,000.