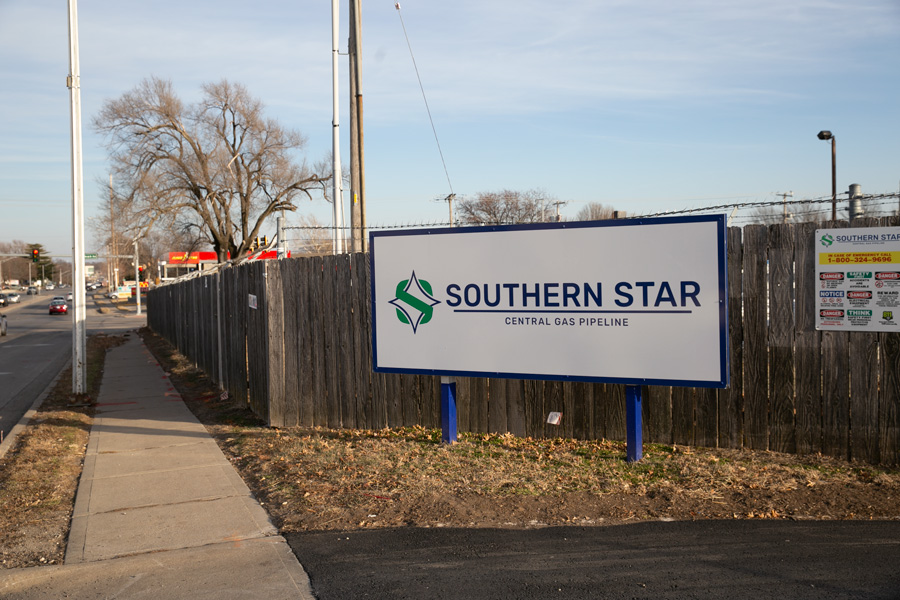 Shawnee city leaders are closely scrutinizing plans to hide the fence by the Southern Star Central Gas Pipeline site at the southwest corner of 75th and Nieman.

The city is taking another look at costs and options before moving forward with a more expensive screening wall.

Shawnee is revitalizing a busy stretch of West 75th Street between Quivira and Switzer roads.

The Re-Imagine 75th Street Project has been underway for a few years, as the city collected public input to find ways to beautify the major east-west corridor and make it safer for pedestrians, particularly students walking to nearby Shawanoe Elementary.

The city was slated to consider a roughly $5.9 million contract with Miles Excavating, the sole bidder on the road improvements project.

The pipeline company agreed to contribute $200,000 to the wall, and the city would pay for the remaining costs and own the wall.

However, during discussions on Monday, Jan. 24, some councilmembers pushed back on the price tag for a screening wall, which would come in around $600,000, because they saw it as a burden on residents who may struggle to pay taxes.

“So we’re going to assume a $600,000 liability, and I’m not sure if that’s a great idea,” said Councilmember Eric Jenkins. “That’s quite a bit of money. I’m not really opposed to beautification on reimagining 75th Street, but I have some heartburn over this screening that the city is going to do.

“I’m in a situation right now where I don’t believe I can support the wall. That’s just way too much money for screening.”

The Shawnee City Council ultimately voted 7-1 to approve a contract with Miles Excavating without plans for the screening wall.

The council also voted 7-1 to take a closer look at costs to build a screening wall at a lower cost. Councilmember Jill Chalfie voted in dissent.

Chalfie noted that residents who gave public feedback on the project supported efforts to build a screening wall, which would be more scenic than the fence with barbed wire, particularly if it included a mural.

“I think if we’re going to invest this money — $5 million — into this stretch, let’s do it right,” Chalfie said. “Let’s invest in it so we get a return on economic development in that area and not not just make it a mill-and-overlay project. It is an investment, it’s a big price tag, and I get that, but that area… does need beautification in order to draw economic development, so I think we will get a return on our investment there.”

Mayor Michelle Distler agreed with Chalfie, adding that the screening wall would be used to display public art once it is complete.

A few residents spoke in favor of the screening wall.

State Rep. Susan Ruiz, who represents part of Shawnee and lives near the project, said she is in favor of the screening wall, which she believes could make the area look more attractive.

“The wall that is there now, the fence… it looks like there’s a prison behind it,” Ruiz said. “It looks horrible. It looks terrible. And it makes that whole area look unsafe and unwelcoming.”

City staff said Shawnee and Southern Star have been in contract negotiations for some time, with the pipeline company originally only planning to contribute $65,000.

A recording of the meeting is below and on the city’s website. Discussion begins at 36:55.