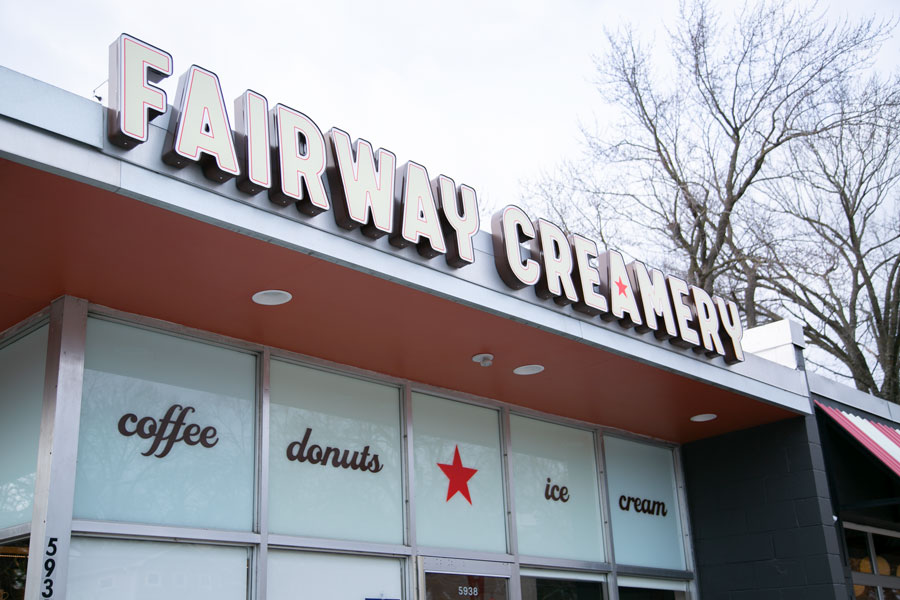 The Fairway Creamery is under new management after Christopher Elbow, known for his artisanal chocolates, sold the ice cream and doughnut shop to two long-time business partners. File image.

Fairway Creamery, an ice cream and donut shop at 5938 Mission Road, is now under new management.

Not only do the couple have experience in the local restaurant scene, they also have a long-standing connection to Elbow.

Ali Shirazi has made Fairway Creamery’s ice cream since it opened in 2019.

Ali also previously made the ice cream at Glacé, another ice cream shop south of the Country Club Plaza founded by Elbow that closed in 2020.

Before that, Elbow once worked for the Shirazis, opening his first chocolate shop above Shiraz, a now-closed Mediterranean restaurant on Southwest Boulevard.

When Elbow decided to focus on his chocolate business, it made sense to pass the torch to the Shirazis.

“We just had this long relationship and we were just sort of the logical people to take this over,” Stephanie said.

Shonda Warner, owner of California-based Farmacorpia Farms, is also a new co-owner of Fairway Creamery along with the Shirazis.

Stephanie Shirazi said hazelnuts and blueberries from Warner’s farms will be used in future recipes.

Stephanie said she and Ali are also working to revamp the weekend breakfast menu with small changes. And they also want to add some grab-and-go lunch options in the future.

But customers shouldn’t expect too many changes for this local fan favorite, Stephanie said.

“The ice cream will stay the same, the same ice cream maker, same doughnuts,” Stephanie said. “We probably will add a little twist of our own.”