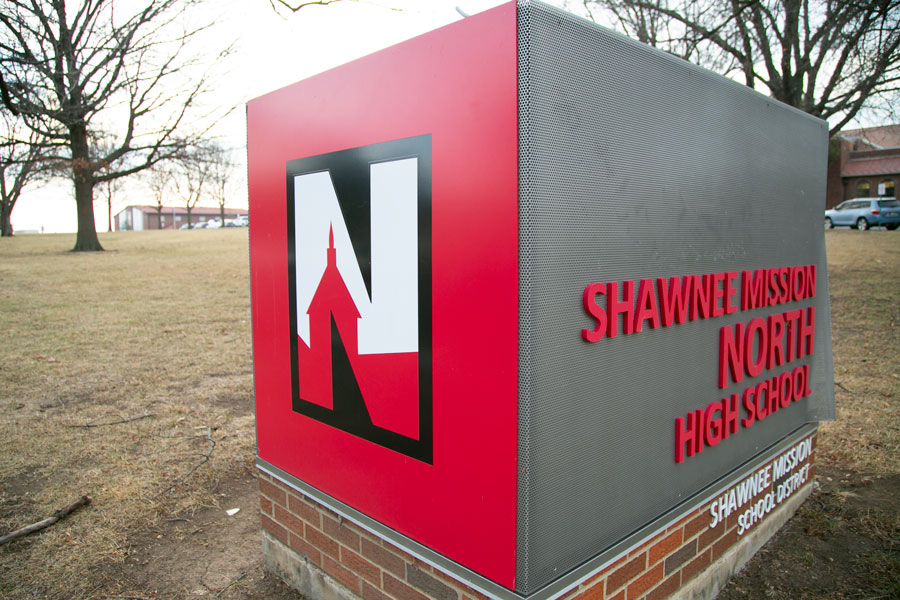 Shawnee Mission North is halfway through its transitional year to fully embrace the new Bison mascot. Principal David Ewers said the largest change is still the fieldhouse court, but other changes — like new $44,000 football uniforms — are also being made. Above, the sign in front of SM North's circle drive.

Shawnee Mission North is still in its transitional year between mascots, as the school continues to gradually retire its old Indians mascot and brings in its new Bison one.

Principal David Ewers said this week that since the new logo’s release in September, the rebranding efforts are in full swing.

Similar to the Kansas Jayhawk, he said, the goal is for the community to eventually be able to immediately associate the Bison logo with SM North — even if the school’s name isn’t nearby.

“We want [the Bison logo] to be synonymous with our high school, and I think we’re on a great start to do that,” Ewers said.

Currently, the two biggest changes as a result of the transition are the refinished fieldhouse floor and the “crash pad” in the fieldhouse, Ewers said.

Additionally, Shawnee Mission school board on Monday approved a $44,000 expenditure for new football uniforms with the Bison logo.

Other sports uniforms will follow suit soon, Ewers said, but the school is trying to remain “conscientious and fiscally responsible” with the amount of changes brought on by the mascot change.

Ewers said he is working with DLR Group, an Overland Park-based design firm which created the Bison logo, to figure out details for a class gift gallery. This would relocate class gifts that feature the previous Indian logo, he said.

A branding committee, which includes students, is also working on the transition, Ewers said.

The committee identifies places in the building where items need to be removed or where the new Bison logo can be implemented.

Ewers said students have been receptive to the change, especially since the establishment of the Bison logo. The larger SM North community has also taken well to the new mascot, he said.

“The feedback has been overwhelmingly positive, which is good,” Ewers said. “It’s definitely, it’s new for some people as well, right, but overall I think people are happy with the mascot we chose and also with the branding that we chose to represent our mascot.”

Last year, the Shawnee Mission school board changed the district’s mascot policy to exclude any mascots that were deemed “derogatory or offensive” to certain classes of people and also included a clause that mascots going forward needed to be “racially sensitive.”

That decision came after a months-long campaign that included, parents, community members and leaders of the Shawnee Tribe, to drop SM North’s long-time Indians mascot, a campaign sparked by an alumni-led petition in summer 2020.

The district’s mascot policy change also impacted three elementary schools — Belinder, Rushton and Shawanoe — which have already or are in the process of changing their mascots, too.