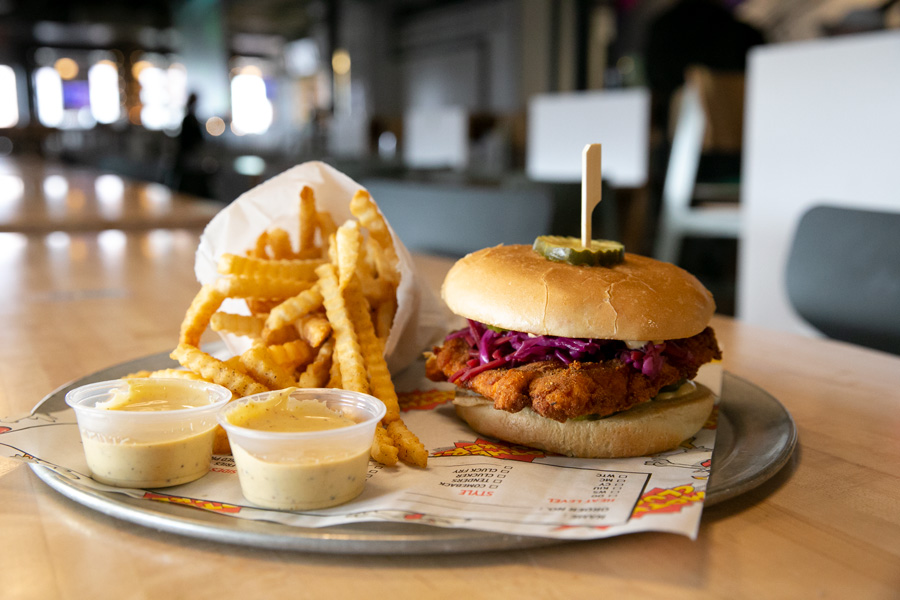 Mother Clucker! will open a second Nashville hot chicken restaurant in the former Big Bam's space in downtown Shawnee on Nieman Road. Above, their hot chicken sandwich with crinkle-cut fries is a mainstay on their menu at the original Mother Clucker! location inside Parlor food hall in Kansas City, Missouri.

Heading up the plans are Overland Park culinary couple Derrick and Kylie Foster, co-owners who are partnering with Sheryl Vickers of Prairie Village to spearhead redevelopment of the old Big Bam’s site and the building just behind it on the corner of Nieman Road and West 59th Terrace.

“We’re super excited, and we’re excited to be part of the growth and the new venture down there,” Derrick said.

“Yeah, I think we’re getting in right at the perfect time, to be honest; not too early, not too late,” Kylie added. “I’m super excited to really grow with the city and see what we can bring to it.”

The Fosters plan to begin construction in the next few weeks and hope to open Mother Clucker! in downtown Shawnee sometime in early summer. 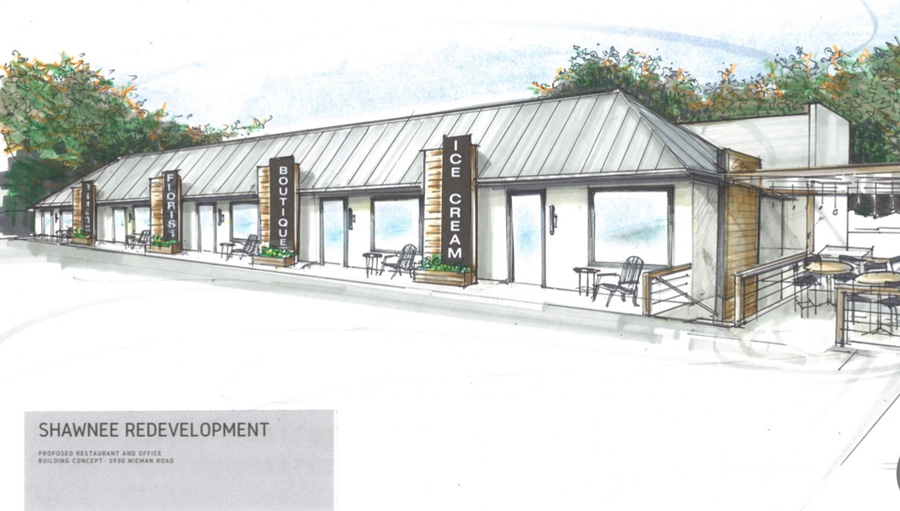 As part of a $1 million redevelopment plan for the site, Vickers and the Fosters will eventually renovate the building at 11111 W. 59th Terrace, outfitting the main floor to make room for at least three future retail shops, boutiques or other small businesses.

The basement/underground floor will be kept for offices or medical uses, including the new headquarters for Mother Clucker!

The Shawnee City Council on Monday voted 6-1 to approve the agreement, with Councilmember Mike Kemmling voting in dissent, who opposes the program on principle because it allocates public dollars to private entities. Councilmember Angela Stiens was absent for the vote.

Putting down roots in Shawnee

The Fosters, who first met at the Culinary Institute of America (where they each fell in love with authentic Nashville hot chicken), said they’re thrilled for this next step for Mother Clucker! to establish their headquarters in a flourishing part of the downtown Shawnee core and eventually grow their restaurant into a national franchise brand.

“I think that we definitely are looking for a forever home with this location,” Kylie said. “We’re really looking for this to be something that we can put our roots down there, and it be our corporate location where we can bring franchisees to come and see the space, see how well oiled the machine is, and really be there for quite some time, just as Big Bam’s was.”

The Fosters said they picked this site for several reasons, primarily because Shawnee’s convenient location can attract Johnson County customers who don’t want to make the trip into downtown Kansas City.

Plus, Kylie said they’ve gained support from local entrepreneur Bo Nelson of Family Tree Nursery and Cafe Equinox, as well as city leadership and staff, for their endeavor.

Besides, Big Bam’s has a strong sentimental value for Derrick, who recalls flipping burgers for the late Joe Bacarro, Big Bam’s owner, years ago.

Bacarro was in the process of closing up shop and turning over the keys to someone else, but died during arrangements for the Fosters and Vickers to purchase the building.

While some restaurants have struggled during the ongoing COVID-19 pandemic, Derrick said he sees their growth at Mother Clucker! as a way to build connections with the community in a time of social distancing and economic challenges.

“We just want to keep moving forward and show people positivity, and give people an opportunity to come and have a fantastic job,” Derrick said. “If the world’s down, at least food brings people together.”

Tentative hours of operation for the Shawnee restaurant are 11 a.m. to 10 p.m. Tuesday through Thursday, and 11 a.m. to 11 p.m. Friday, Saturday and Sunday.