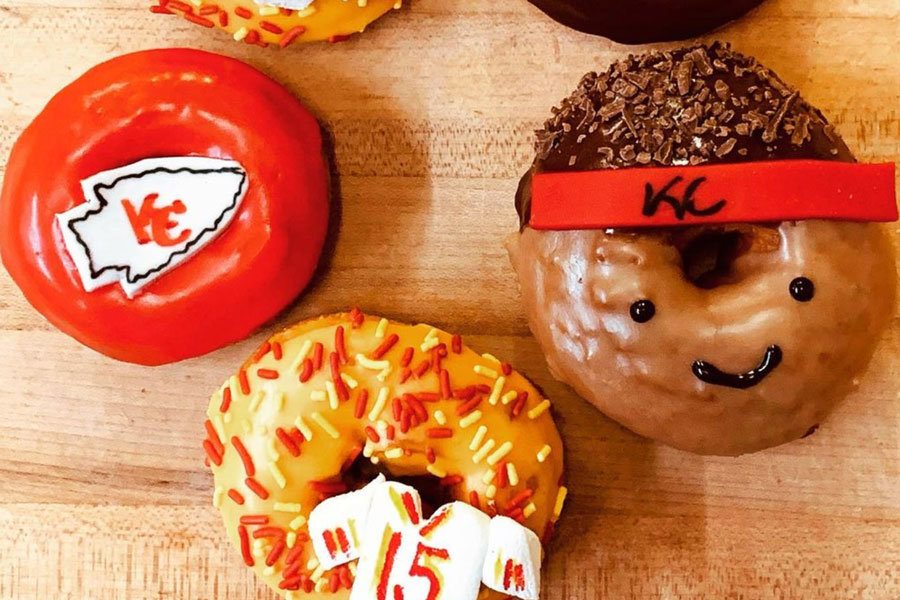 Mr. D's Donuts in Shawnee, owned by Johnny Chen and Boggie Otgonbayar, won a friendly wager against a Buffalo coffee shop after the Chiefs bested the Bills in a dramatic playoffs game Sunday night. Above, Mr. D's has been hyping Chiefs-themed donuts during the playoffs. Image via Mr. D's Instagram.

A Buffalo doughnut shop owner might be crying in his coffee this morning, after losing a bet to Mr. D’s Donuts in Shawnee over Sunday night’s dramatic Chiefs-Bills playoff game.

The Chiefs beat the Bills 42-36 in an overtime thriller to advance to a their fourth straight AFC Championship game.

Public Espresso, a Buffalo coffee shop, will now write a $500 check to Chiefs quarterback Patrick Mahomes’s chairty, the 15 and the Mahomies Foundation.

Had the Chiefs lost, Mr. D’s had agreed to send some of its signature doughnuts and a $500 check to John R. Oishei Children’s Hospital in Buffalo.

But we know how it all turned out, and Mr. D’s had a chance to crow a bit on Monday.

Now, let’s see if there’s any Cincinnati coffee or doughnut shops willing to take on Mr. D’s this week.