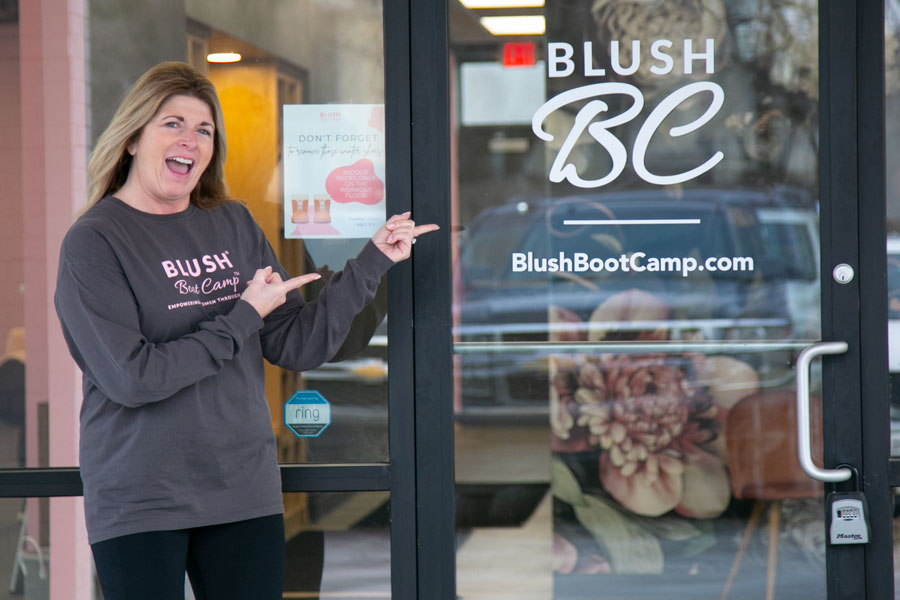 Located in the former Tatsu’s French Restaurant space at 4603 W. 90th Street in the Somerset Plaza shopping center, the studio is the fifth Blush Boot Camp franchise in Johnson County.

Owner Rita Haaraoja of Overland Park decided to open a location in Prairie Village after her own experience going to a Blush Boot Camp in Olathe.

Haaraoja joined the fitness studio after her mother died on Memorial Day 2020. She told the Post that Blush helped her through the mourning process.

“I wanted to bring [the community] what [Blush] brought to me: The friendship, the camaraderie, the support,” Haaraoja said. “This is a place where we empower women, and we just want to continue to do so. I love being part of this.”

The company, which operates more than a dozen locations in four states, bills itself as “empowering women through fitness.”

Haaraoja officially opened just after the new year and says there are already more than 100 members signed up.

So far, she said, people are excited to come in, work out and “reach their goals for the new year.”

Additionally, Haaraoja said the workouts can be tailored to any fitness level. Individuals with injuries can also attend classes as the head trainer can modify workouts to meet each members’ needs.

Haaraoja said each session can accommodate up to 25 people, though they are looking for support trainers to facilitate classes — in addition to babysitters and consultants.

Sessions at the Prairie Village location are held at the following times:

Haaraoja is also opening a Blush Boot Camp location in Lenexa at 8560 Maurer Road this spring. Haaraoja said people can sign up for memberships by walking in or through Facebook.