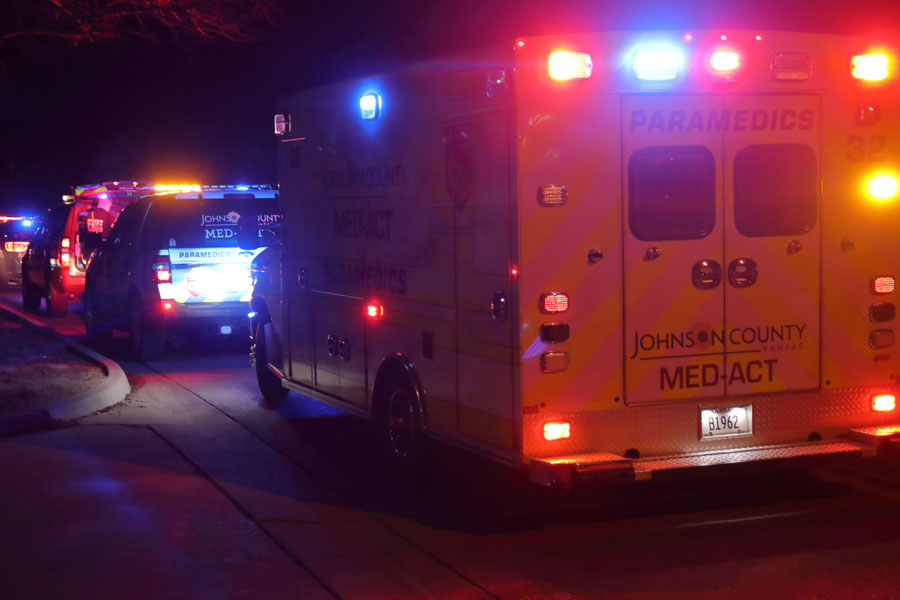 An ambulance and police cruisers on the scene Tuesday night at Hickory Hills Apartments in north Overland Park near Merriam Town Center. Two people were taken to local hospitals with apparent stab wounds. A woman, one of the people hospitalized, has now been arrested and charged in connection with the incident. Photo credit Mike Frizzell.

Two people were injured in an alleged stabbing Tuesday evening in Overland Park.

Just before 8:40 p.m., police were called to the Hickory Hills Apartments, near 54th Terrace and Antioch Road, near the border with Merriam and just northeast of Merriam Town Center.

Officer John Lacy, a spokesperson for Overland Park Police, says officers determined the call to be a domestic disturbance.

“Upon arrival, officers found a male party who stood over a female armed with a knife,” Lacy said in an emailed response to questions.

Recorded radio traffic indicates that a man and a woman both sustained minor cuts from a knife. Johnson County Med-Act transported both to area hospitals.

She’s now being held on a charge of aggravated battery with intentional harm. Her first court appearance is scheduled for this afternoon.

The male involved in the incident has not been arrested. 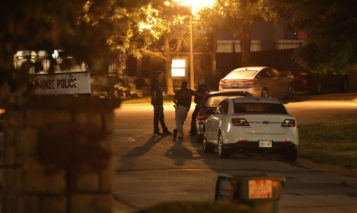