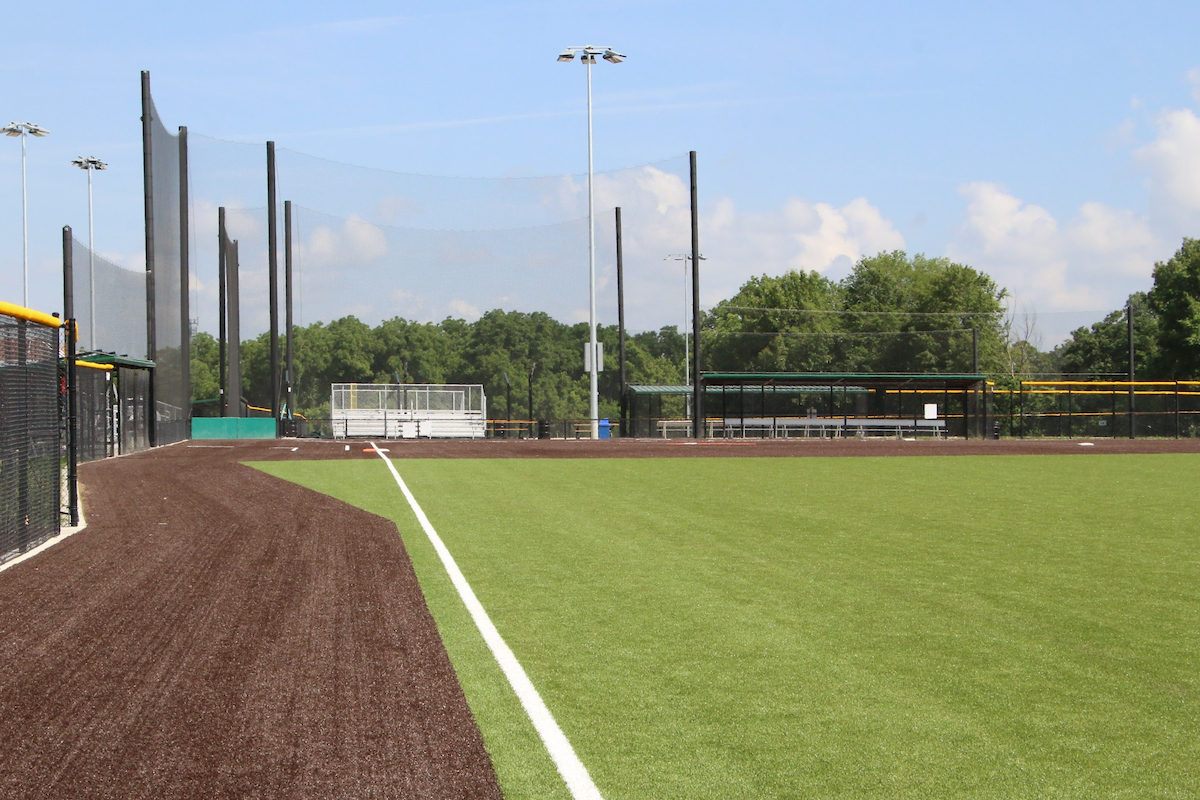 The next phase of improvements at Mid-America Sports Complex is currently underway and mirror the completed first phase.

Planned for 2022 are a variety of improvements to JCPRD parks and facilities, including several ADA (Americans with Disabilities Act) improvements as well as studies, which pave the way for future projects.

Here’s a brief synopsis and update on some of the projects planned for the coming year:

Quite a bit has changed since JCPRD’s strategic plan (Legacy Plan) was completed in 2015. It’s important to reassess strategic plans every few years to keep them fresh and current in striving to meet the evolving needs of our community. Keep an eye out for public input opportunities towards this effort in 2022.

Following completion in early fall 2021 of a $12 million Phase 1 of improvements at MASC, the $10.3 million Phase 2 is under way. These renovations will mirror Phase 1 with artificial turf installation and replacement of existing restrooms and concession areas on fields 5 through 8, construction of a new maintenance building, more improvements to utilities and paving, parking and lighting, and adding a turf warm-up and practice area. Phase 2 should wind down by fall 2022, with Phase 3 improvements following starting in late 2022 with another $9.12 million in projects.

This project will renovate the garden and remove ADA barriers. Part of the project will involve removing the existing fountain and adding a pergola. This will expand the area for weddings while lessening maintenance issues. The wall currently to the north of the fountain will remain as a backdrop. The existing gazebo near the rose garden, which was donated by The Parks and Recreation Foundation of Johnson County in 2000, will also be repaired. Construction is expected to begin in spring and be completed later this year.

JCPRD’s third inclusive playground will be the centerpiece of the next phase of Meadowbrook Park development which broke ground in November and is expected to be complete in late 2022. Inclusive playgrounds are designed to enable all children of all abilities to play together. There will be a specialty swing for individuals that use wheelchairs. All large pieces of equipment include shading elements, and there will be two large umbrellas with built-in water misters. In addition to the inclusive playground, Phase 2 developments will include a picnic shelter, restroom, and off-street parking.

A striking and dynamic form based on the Kansas sunflower was selected in late 2021 as the inaugural site-specific public art piece to be placed in a JCPRD park. “Gateway” by Amie Jacobsen Art and Design was chosen by an art selection committee from among 146 concept submissions. Standing nearly 12 feet tall, “Gateway” will feature multiple brightly-colored and shaped petals made of cast glass and steel, and will glow in the sunlight as well as with lighting at night. The center of the flower creates an archway that beckons visitors to walk under the arch, where illustrated panels stretch from the floor up the interior sides, creating a tapestry that represents the history of the area of Meadowbrook Park and Prairie Village.

Improvements to the Shawnee Mission Park Marina, which will include a new building on the west side of the marina to house watercraft and implement better traffic flow for patrons, as well as a new ADA accessible low free board dock to more easily get patrons into their rentals, and installation of a new ADA accessible kayak/canoe launch east of the existing boat launch area are scheduled to begin at the end of the summer 2022 season and are expected to be completed in spring 2023.

Replacement of the air-supported Roeland Park Sports Dome, on the grounds of the Roeland Park Community Center, is planned with project completion anticipated in December 2022.

A Big Bull Creek Sunflower Trail study is currently under way to plan a 2.5-mile paved trail to connect the maintenance compound at 199th and Four Corners Road to developments on Sunflower Road north of 207th St. It is anticipated some trail work may begin in 2022 and that this may be a multi-phase project, depending on study results.

For the latest information on JCPRD projects, visit JCPRD.com. 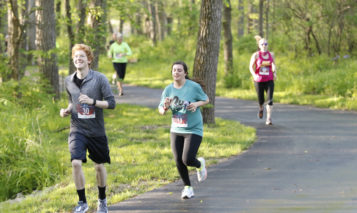 Inside JCPRD: Choose any (or all) of our May races!