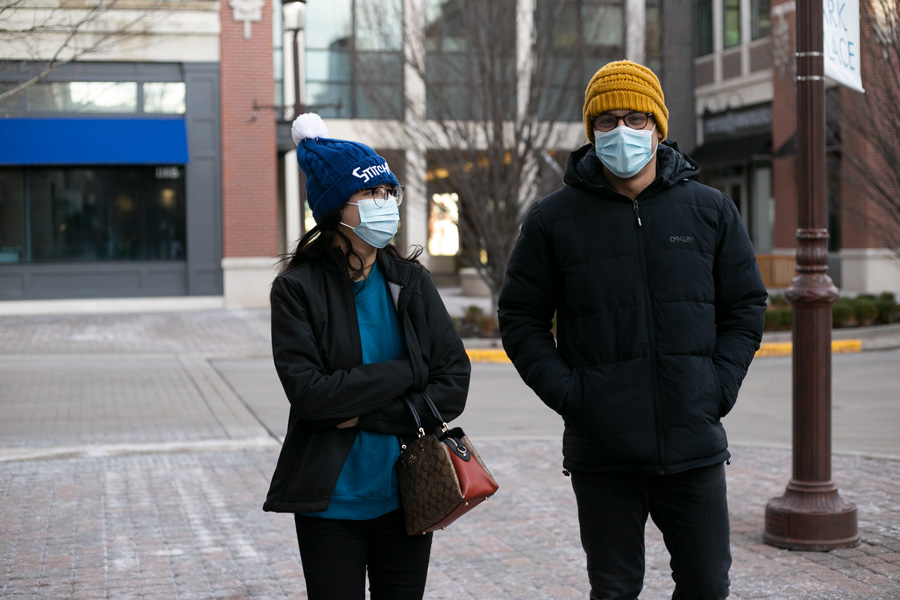 Mayors of at least 13 Johnson County cities joined a call Friday with county health officials, who painted an increasingly dire picture of surging cases' impact on local schools. Though four cities have recently institute new mask mandates, it was unclear from the call if other mayors and cities had the appetite for their own mask orders. File image.

The mayors of Johnson County received a dire picture this morning of schools on the verge of closing and COVID-19 cases sky high.

But they were silent on the likelihood that any more city mask mandates will be forthcoming, after four northeast Johnson County cities this week instituted new orders set to begin Tuesday.

With one exception, they also passed on an opportunity to publicly weigh in on the commission’s recent decision to let stand its mask requirement for elementary schools without expanding it to the higher grades or the public at large.

That exception was Mission Mayor Sollie Flora, who asked Eilert: “In the face of your own experts providing a solution that will save lives, why did the commission not take action on this issue and protect the county as a whole?”

Mission is one of four cities — along with Fairway, Prairie Village and Roeland Park — that have written their own mask orders requiring masks in most indoor, publicly accessible places.

Eilert said the commission declined to go further with masks because it lacked the power to enforce such a rule. Before the county’s mask mandate expired last spring, it was dependent on cities to join in an agreement to use city police for enforcement.

Only about half the cities did so, Eilert said.

“The decision was that putting a requirement in place that could not be enforced would not be effective,” he added.

But Flora said waiting for each city to require masks is slower because of the wait for special meetings and legal publication of the ordinances. The county needs a clear and consistent message, she said.

Otherwise the mayors asked a few questions about types of masks and virus transmissibility.

Mayor Mike Kelly of Roeland Park, who is running for county commission chair this year, asked county officials to look for testing sites closer to the northeast part of the county.

Officials had earlier said they hope to add a testing site at Shawnee Mission Park next week, which will be run by appointment only.

Otherwise, residents can book appointments for a county-run testing site operated weekly on Wednesdays in Olathe.

County health officials on Friday also presented troubling statistics from its coronavirus dashboard on the spread of the virus.

That compares with just three months ago, when the incidence rate was 82 per 100,000 residents and tests were 4.7% positive.

Moreover, most public secondary school students in the county are masking up again after absentee and infection rates climbed past trigger points for masking at many schools.

On Friday, USD 232 in De Soto canceled classes due to a shortage of teachers. The district said nearly 20% of its classrooms would not have been filled on Friday because of the number teachers out with COVID-19 or other illnesses.

“It doesn’t take an expert in public health to know that things are pretty bad,” he said.

Chief medical officers of hospital systems have begun to speak more alarmingly about the situation as well.

“You can see coming from them we’re in trouble. We’re in a bad place. And that’s the picture. It’s not about fear mongering. It’s about painting the appropriate picture for you,” he said.

Areola added that he is “very happy” about the independent mask regulations by the four northeast Johnson County cities, as well as the continuation of the county mask order in K-6 schools.

Some thirteen mayors joined the call today, though others may have watched without joining the Facebook live event.