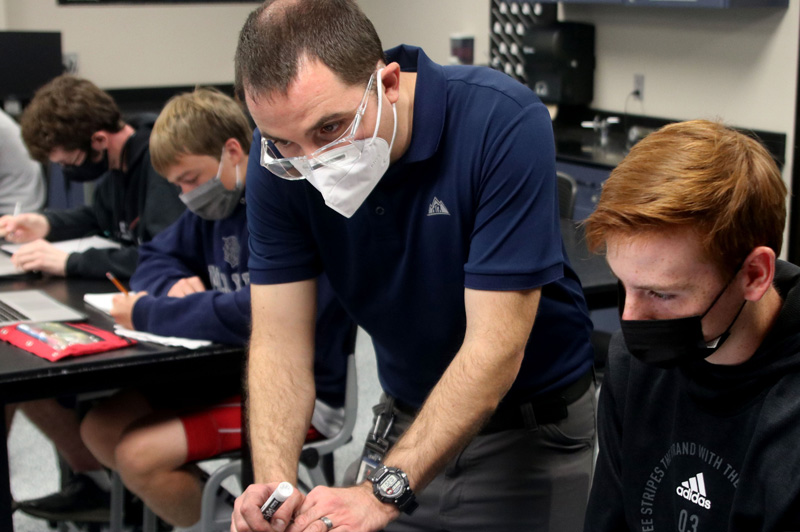 USD 232 in De Soto has canceled school for Friday, Jan. 15 because of a “high number of staff absences due to COVID-19 and other illnesses,” the district announced Thursday afternoon.

The district said there were nearly 100 unfilled teaching positions this week already, and nearly 20% of classroom teachers are not available for Friday.

“The decision to cancel school for Friday was not taken lightly,” the district announcement said. “We hope the four-day weekend (no school on Monday, Jan. 17, for [the] Martin Luther King, Jr. holiday) will provide the recovery individuals need to avoid further disruption to the learning process.”

The district says at this time that in-person classes are set to resume Tuesday, Jan. 18.

Before- and after-school day care run at De Soto facilities by the Johnson County Park and Rec District is also canceled Friday.

High school extracurricular activities scheduled for Friday can proceed “if the activity can be staffed,” the announcement said.

A growing problem across schools

Like other local districts, De Soto officials said they are having trouble filling classroom vacancies with substitutes, the pool of which has shrunk dramatically with the latest surge in cases.

The situation has gotten so bad, the state Board of Education this week issued an emergency declaration loosening regulations for who can qualify to be a substitute teacher, essentially opening the pool up to anyone 18 and older who has a high school diploma and can pass a background check.

De Soto is the first public school district in Johnson County to cancel a day of classes this semester since students returned for a new semester last week amid the record rise in cases fueled by the Omicron variant.

But other districts are dealing with staffing issues, too.

Shawnee Mission reported this week there were 145 teacher absences requiring a substitute, many of which could not be filled.

At the end of last week, Blue Valley reported 359 teachers out due to both COVID-related and non-COVID issues. That has prompted some district-level administrators, including the superintendent, to fill in at schools.