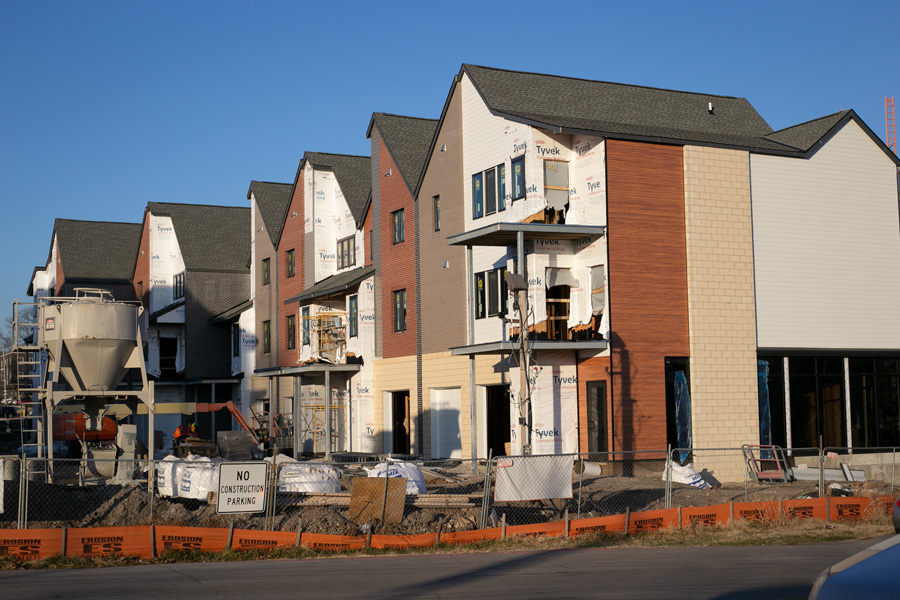 Apartments at Blume Shawnee in downtown Shawnee are expected to begin leasing in early 2022. That development is one of a number of projects in and around downtown Shawnee we're monitoring this year, along with several other prominent sites in Shawnee and Lenexa. Photo credit Leah Wankum.

As we start 2022, the Post is taking an overview of some of the major development projects on our radar in Johnson County.

Now, let’s turn our attention to developments in Shawnee and Lenexa:

Downtown Shawnee has seen a flurry of activity in recent years, with the restoration in 2021 of Aztec Theater and the addition of two breweries and a cocktail bar.

The corner where Shawnee Shoe Repair & Tailoring was located is also undergoing some exterior and interior renovations. Additionally, the first unit for Blume Shawnee is scheduled to be available in March 2022.

After some delay, The Chadwick Apartments at Westbrooke Green, located near the northeast corner of West 75th Street and Quivira Road in Shawnee, have gone vertical.

The project will eventually become a mixed-use residential site with commercial, retail and restaurant components.

Jack Mills with NorthPoint Development, which is heading up the residential portion, said they reached “a big milestone” when they got all slabs poured for the large building planned on the north side of the site, where the clubhouse and most of the apartments will be.

Meanwhile, the future of Bellmont Promenade, a mixed-use project proposed near Shawnee Mission Parkway and Maurer Road, is unclear.

The long-delayed project has been on hold for several months after Shawnee city leaders rejected further consideration of public financing.

Dave Claflin, a representative for Legacy Development, which has been heading up the project, said Legacy is working on a revised plan to unveil in the first quarter of 2022.

The developer is also still working out details on whether to request public financing for any new proposals.

Lenexa City Center at I-435 and West 87th Street Parkway has grown in leaps and bounds since launching only a few years ago.

Centered around the city’s civic campus and Lenexa Public Market, the area has seen many other amenities and projects added on.

One we’re keeping an eye on is The District, a mixed-use project across the street from the market that includes new businesses, boutiques and restaurants.

On the northwest corner of West 87th Street Parkway and Renner Boulevard, AdventHealth is building a wellness campus that is expected to take the next decade to completely fill out.

Just across the street on the northeast corner, site work is underway for Briarstone, formerly Renner 87, a mixed-use residential and commercial project right by I-435. 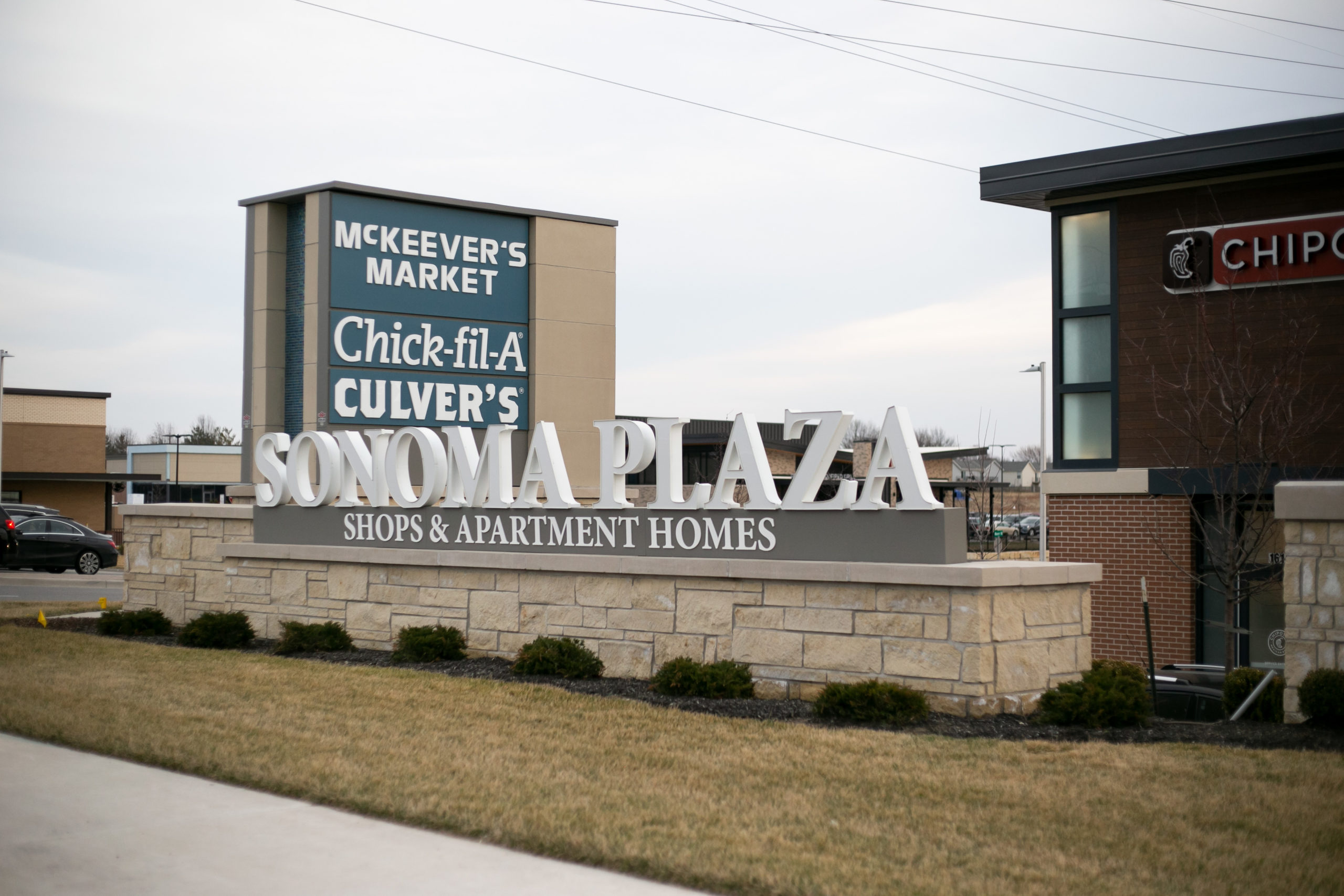 On the east side of I-435 along West 87th Street Parkway in Lenexa, Sonoma Plaza is almost fully built out with a large variety new drive-thru and sit-down restaurants and businesses.

A new carwash is under construction just north of McKeever’s Market. To the south of McKeever’s, The Peak at Sonoma is shaping up and beginning to lease out apartment units.

The city of Lenexa will also soon review an application for a small building just east of McKeever’s, but city officials are unsure at this time what the building’s proposed use will be.