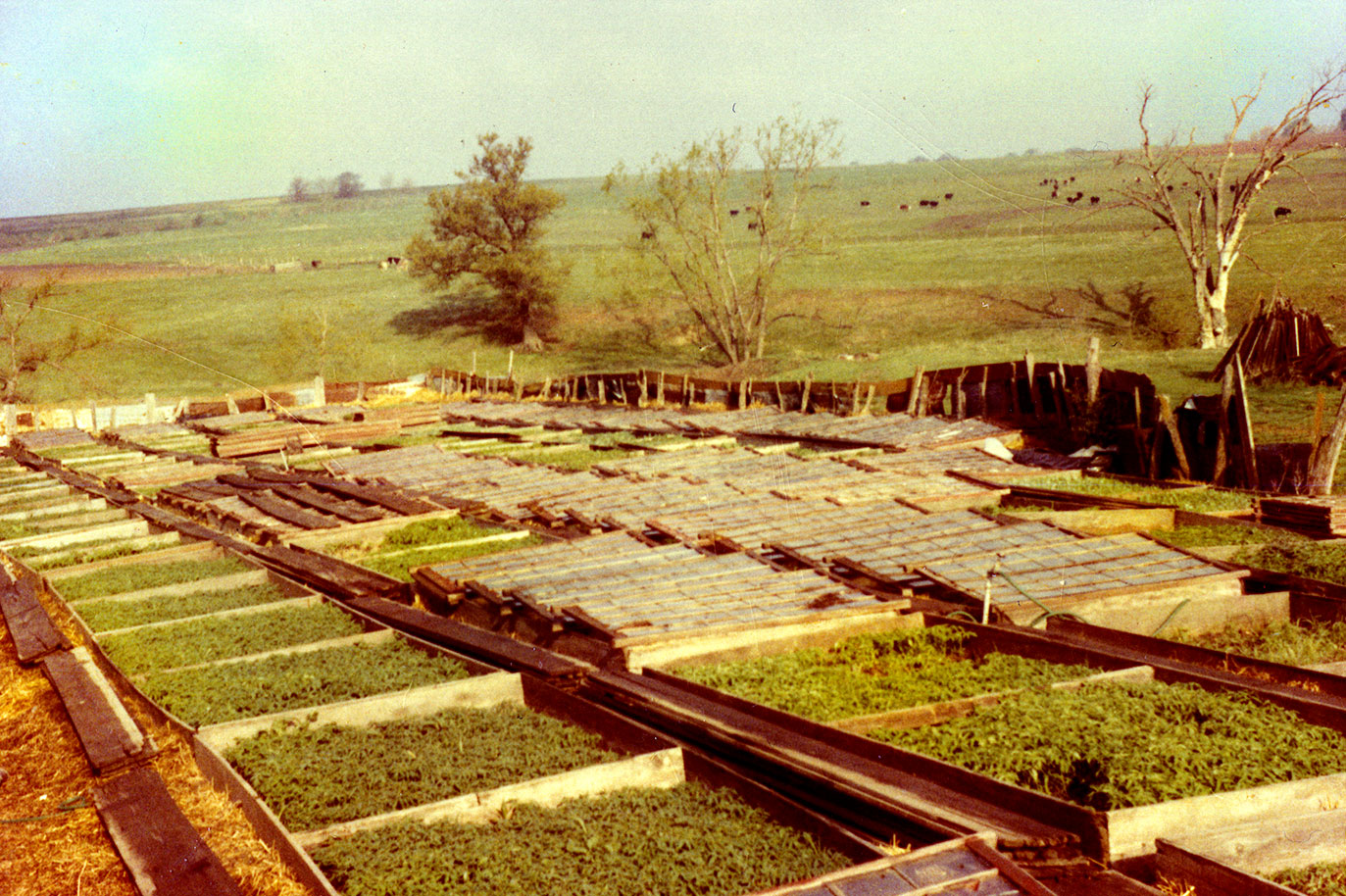 Hotbeds consisted of a 6 -foot x 16 -foot wooden frame on the ground. Four window sashes were laid across the frame of each bed, creating a greenhouse. The sashes were adjusted to control the temperature in the bed. Weeding and transplanting was done on the knees on top of a board laid across the frame, so as not to compact the soil and crush the new plants. The Verhaeghe family had sixty or more hotbeds in operation. A single bed could hold nearly 1,000 starter tomato plants.

January is here, and so is the start of the growing season. While the idea might seem strange to most today, Johnson County farmers like the Verhaeghe family of southern Johnson County used hotbeds to seed starter plants as early as January for more than a half century. The history of the Verhaeghe family farm was one of the subjects of a new “History in the Park” (HIP) interpretive sign, which you can see alongside the agriculture-themed playground at Arthur and Betty Verhaeghe Park near 167th Street and Switzer Road. So, how did they do it? Read on for more of Johnson County’s rich agricultural history.

The Verhaeghe farm grew fruit and vegetable starter plants, also called bedding plants, in small, low greenhouses called hotbeds. Wooden frames on the ground covered with glass sashes (windows with many panes) allowed in sunlight and held in heat so that they could seed starter plants in the winter. The Verhaeghes sold tomatoes, peppers, lettuce, cabbage, cauliflower, broccoli, asparagus, rhubarb, and strawberries on consignment to stores located on the Olathe town square, in Spring Hill, and in Paola and Louisburg in Miami County. By mid-June, the bedding plant season was over.

Hotbeds required constant attention to maintain an ideal climate. If the hotbeds were too hot, tall, spindly plants would grow. If they were too cold, the young plants would die. In order to control the temperature, the Verhaeghes would layer wooden boards and plastic sheeting over the glass sashes to insulate the beds. The boards also protected the young plants from one of the main threats to a farmer’s livelihood: severe weather. A hailstorm could break the glass sashes and ruin the soil and manure mixture below. Verhaeghe family members remember running to cover the hotbeds in the middle of the night for fear of hail.

From 1919 until 1979, the Verhaeghe family grew bedding plants in hotbeds. The family tended fields of sweet corn, potatoes, sweet potatoes, and wheat. They also raised beef cattle and hogs; geese, ducks, and chickens; and sold eggs. The Verhaeghes even tried dairy farming.

From family farm to family park

By the 1990s, suburban expansion began to reach the Verhaeghe family’s farm. Neighbors who once worked the fertile soil sold their land to developers. As one Verhaeghe family member said, the land “sure grows good houses.”

In the 21st century, the third generation of Verhaeghes donated land for a park in honor of their parents – Arthur and Betty – who loved the land and all that grew on it. Verhaeghe Park opened in October 2020, with walking trails along Coffee Creek connecting to nearby Heritage Park, both Johnson County Park and Recreation District facilities. Although farms have given way to suburban neighborhoods, agriculture-themed elements throughout Verhaeghe Park are reminders of the area’s rich and important farming history. 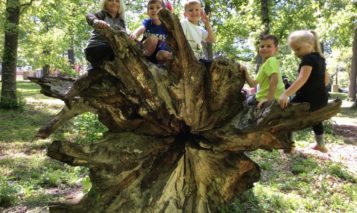 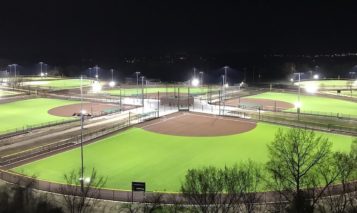 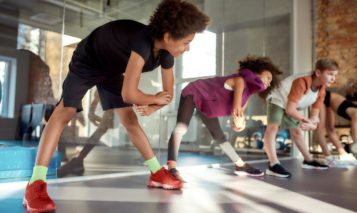 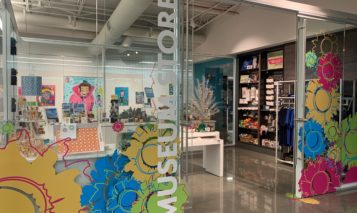 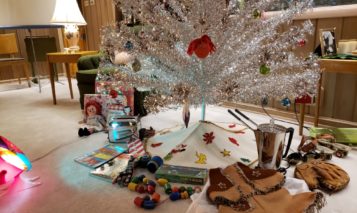