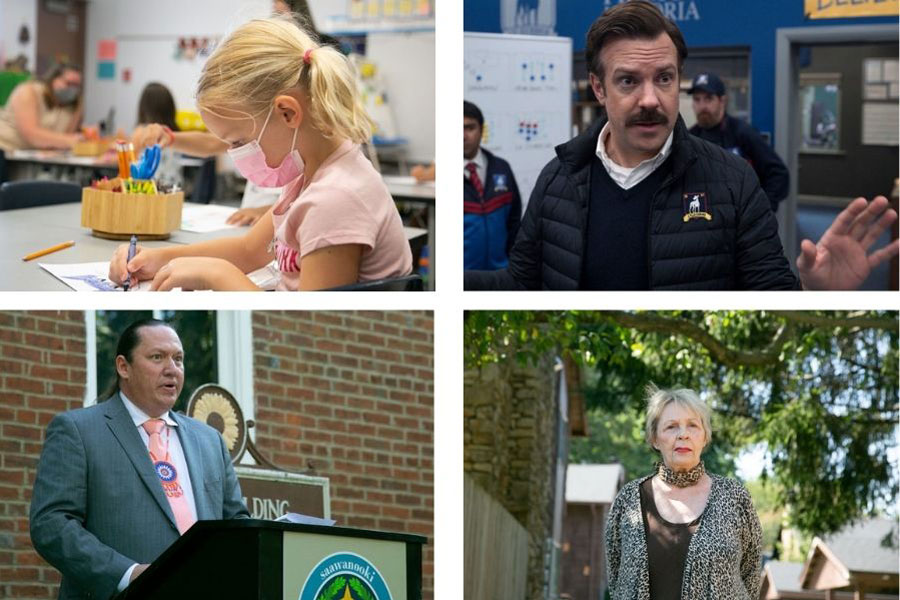 As another big news year comes to a close, the Post has compiled a list of its most read stories in 2021. Here's a look at what Johnson Countians paid the most attention to this year.

It was (once again) a busy news year in Johnson County.

As in 2020, the COVID-19 pandemic dominated the news in Johnson County.

Updates about the county’s vaccine rollout were some of our most read stories in the first half of the year, as our readers were hungry for information about where and how to get their shots.

And those stories were supplanted later in the year by news of the rise of the Delta variant, which made us at times feel like we were reliving parts of 2020 all over again.

Other big stories the Post covered this year included much-watched local elections for municipal offices and school board seats that, in our increasingly divisive political environment, took on an unusually partisan tone.

The high political stakes coupled with schools’ response to the ongoing pandemic brought a new level of scrutiny to local districts’ decisions, a trend reflected in our readership for those stories.

And for some “good news.” This was also the year two homegrown stars hit new levels of global stardom and brought pride to our community.

In their separate pursuits, Jason Sudeikis and Paul Rudd — both Shawnee Mission West graduates — hit home runs this year, putting Johnson County in the national spotlight like never before. And our readers responded.

As this year comes to an end, here is the Post’s look back on 2021 in Johnson County through some of our most read stories.

Much like the rest of the country, Johnson County experienced a bit of vaccine mania at the beginning of the year as state and local official coordinated the rollout of COVID-19 shots.

The start of Johnson County’s rollout had some hiccups with seniors left lined up outside in freezing temperatures at a mass vaccination site in Shawnee on one morning in January.

But the county’s system soon got ironed out, and Johnson County quickly became the most vaccinated county in the Kansas City metro region, a status it still maintains today.

Some of the Post’s most read stories about vaccination rollout this year:

AdventHealth Shawnee Mission will vaccinate 2,000 seniors Saturday — how to get future vaccination alerts (2/5)

Even as all adults in Johnson County were able to get vaccinated against COVID-19, there were concerns about resiliency against new variants.

It wasn’t until late in the summer that Johnson County saw its first confirmed case of the Delta variant, prompting a new wave of cases and mitigation measures — like mask rules — put in place in schools.

Then, a few days before Christmas, the first reported COVID-19 Omicron variant case was announced in Johnson County.

Cases have continued to rise leading up to the of the year, the fourth peak of cases since the pandemic began in March 2020.

Some of the Post’s most read stories about the Delta and Omicron variants:

As students returned for in-person learning this August without a countywide mask mandate in place, most public school districts in Johnson County enacted their own universal mask rules.

That spurred opposition from parents and political groups staunchly against such rules, with one group in particular mounting a fall campaign that called for students to have the choice to wear masks at school.

In turn, national (and, some would say, contrived) controversies over critical race theory and diversity pushed their way into Johnson County school districts.

These issues and more made for contentious school board races across the county.

In the end, candidates and incumbents who supported mask rules and districts’ diversity efforts swept to victory in Shawnee Mission and USD 232, while critics of districts’ mask rules won two of three seats in Blue Valley.

Some of the Post’s most read stories about school scrutiny:

School boards weren’t the only elections in the spotlight this year.

As it always does, the Post dedicated time to municipal elections across northeast Johnson County in 2021.

And there were plenty of noteworthy local elections this year.

The city of Overland Park elected a new mayor for the first time in 16 years as Carl Gerlach retired. That city also had half it city council seats on the ballot, making for an interesting campaign.

There were also multiple city council seats up for grabs in Lenexa, Merriam, Mission, Prairie Village and Shawnee, and several seats vied for on the Johnson County Community College Board of Trustees.

We hosted candidate forums for both primary and general elections and created election primers for our readers to research their choices before going to the polls.

In fact, Election Day, Nov. 2, and the day after turned out to be the busiest two-day stretch of the year for us in terms of readers’ coming to our site.

Here’s the Post’s most read stories about local, non-school board elections:

From beginning to end, inclement weather in 2021 challenged Johnson County — and led more of our readers to comment about the local effects of climate change.

It started with blackouts in February, caused by a historic cold snap that crippled much of the central U.S. and left many Johnson Countians without power for days.

The summer saw several heavy downpours — something not totally out of the ordinary in Johnson County — that caused flooding across the region. Oppressive heatwaves also took their toll.

Then, this December, something that is unusual: a line of winter thunderstorms rolled through Johnson County, downing trees and causing more power outages just as residents had put out their Christmas decorations.

Some of the Post’s most read stories about bad weather and its effects:

Tornado spotted in Johnson County, but not all residents were alerted — here’s why (3/16)

Climate change is making the Kansas City area’s hot, humid summers even worse — how can our bodies adjust? (8/12)

Powerful thunderstorms down trees, knock out power to thousands in JoCo (12/16)

Yes, you smelled smoke in Johnson County after Wednesday’s storms — here’s why (12/16)

What’s in a name?

A conversation about race and history that began for many in 2020 with social justice protests following the murder or George Floyd continued in Johnson County into 2021.

That conversation ultimately encompassed discussions about names — of places, school mascots and even Johnson County itself.

This year, we learned more about the fraught history behind the name of Negro Creek, which runs through Overland Park and Leawood, putting impetus behind efforts to drop the name or at least bring more context to it.

In 2021, we also finally saw Shawnee Mission North officially retire its Indians mascot and the school community select a new moniker: the Bison.

And for a brief time towards the end of the year, public officials were asked to consider the import of having our county named after a slave owner and one-time supporter of the Confederacy.

All of these local conversations, mirrored a larger cultural debate that is still ongoing in the U.S. today.

Here’s some of the Post’s most read stories about name changes:

Researches uncover harrowing story that could be linked to Negro Creek, building momentum for name change (3/9)

Johnson County is named after a man who owned slaves. A new proposal could change that. (11/5)

Before 2021, we all knew Jason Sudeikis and Paul Rudd were pretty cool. Now, more people around the U.S. (and the world) are in on the secret.

These two most famous of Johnson County natives saw their level of celebrity go to a new level this year.

Sudeikis’ hit Apple TV+ show “Ted Lasso” garnered him a ream of awards and plaudits and made many ask a version of the question, “Is everyone from Kansas this nice?”

Even he seemed surprised.

So, is Johnson County … sexy?

Here’s the Post’s most read stories about locally-bred celebrities:

Other big stories we covered

Here are some other local headlines that caught readers’ attention in 2021:

Abandoned factory outside Overland Park attracts teens, worries parents — will it finally be torn down? (2/24)

SM East students walk out in support of assistant principal Susan Leonard, who did not get school’s top job (5/14) 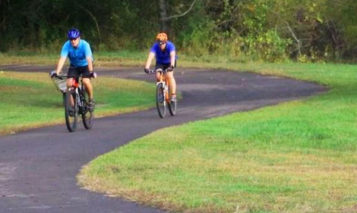