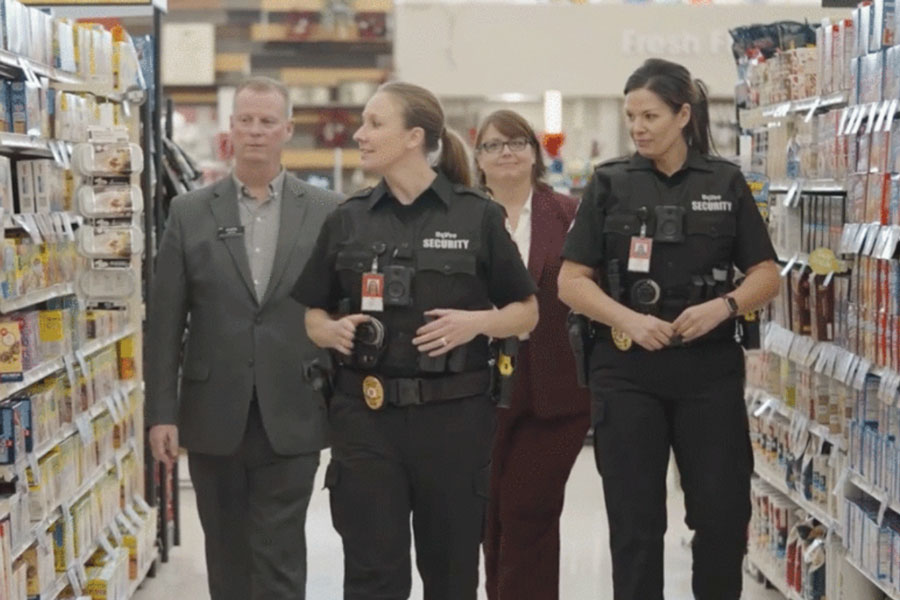 When walking around your local Hy-Vee, something might seem a bit different after the start of the new year.

The Iowa-based grocery store chain announced Wednesday that it plans to introduce a new “Hy-Vee Retail Security” team in stores across its eight-state region, including in the Kansas City region.

According to a company news release, the new security team will be used, in part, to “defuse situations” in stores and “protect the safety of both Hy-Vee employees and customers.”

Hy-Vee says many members of the new security teams will have prior experience or backgrounds in law enforcement and will go through training designed by Hy-Vee with the help of other “law enforcement partners.”

“Hy-Vee has a strong history of doing anything for our customers, and these officers will be held to that same standard,” Jeremy Gosch, Hy-Vee’s president and chief operating officer, said in the statement. “These officers will help provide another layer of safety and security for our customers, and will work alongside our store employees to deliver the same helpful smiles and outstanding service everyone expects at their local store.”

A video released Wednesday by the company shows examples of how security officers might operate in stores. In the video, the officers are decked out in black vests, and carry tasers, firearms and body cameras.

While the new officers are already been deployed to several stores across the country, most likely the program will hit Kansas City metro locations sometime in 2022, Hy-Vee officials told the Kansas City Star.

Hy-Vee has at least 8 locations in Johnson County, including in Mission, Prairie Village, Overland Park and Shawnee.