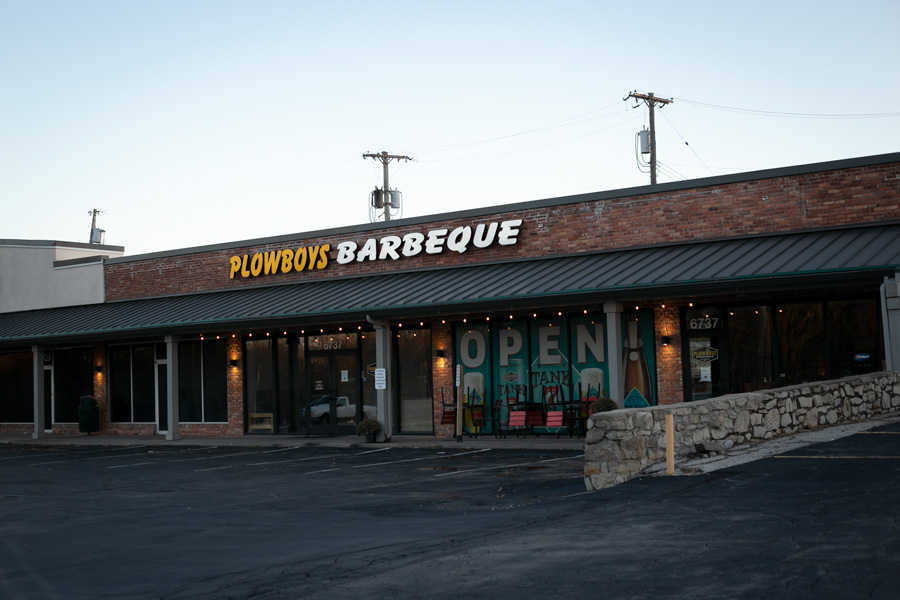 Two years after opening, Plowboys Barbeque has permanently closed its Overland Park location. The last day open for the restaurant at 6737 W. 75th St. was Sunday.

Todd Johns, one of the owners, said pandemic-related layoffs, local mask orders over the past year-and-a-half and more recent supply chain and labor shortages contributed to their decision to close the location.

“We believe it is in the best interest of our brand to focus our efforts on our most productive locations and expand our highly sought-after catering operations,” Johns said. “Our sincere thank you to all the barbecue fans who supported us in Overland Park.

“It’s not ever the intent to close. Statistically, we know it’s a probability, even without a pandemic. We’ve had a little over two years of being a member of the greater Overland Park community, and that’s a good thing, but this is how that chapter ends, and we still have more chapters to write.”

Johns and the other owners, Audrey Johns, Todd Johnson and Sally Johnson, will keep the other two Plowboys Barbeque locations — in downtown Kansas City, Mo., and Blue Springs — open.

They opened the third location in Overland Park in September 2019.

Early in the COVID-19 pandemic, the restaurant launched a pilot program with Operation BBQ Relief to provide 35,000 meals to food-insecure residents.

Johns shared his gratitude for the staff for their hard work and dedication at the Overland Park restaurant, particularly in helping with the 35,000 meals, and noted their record of supporting local schools, providing jobs and doing good in the community.

The staff will all work at the other Plowboys locations or are seeking employment elsewhere, Johns said.

Plowboys Barbeque plans to keep the other two locations open — Blue Springs has been open for eight and a half years, and the downtown Kansas City location will celebrate its seventh anniversary on Jan. 28, 2021.

“That kind of longevity doesn’t happen often in the restaurant and the hospitality industry,” Johns said. “We’re still going strong. This thing just opened at the wrong time and we just couldn’t get out of the blocks, and so we have to pull back and accept that so we can keep propelling these other two locations that have done so well and have been so long-lasting.”

Johns said they would love to come back to Johnson County when the time is right.

New restaurant in the works

A new restaurant is looking to open in the old Plowboys location on West 75th Street, Johns said, though he added that the new owners are not ready to go public.

Johns said he is excited for the new concept and the attention it will garner in that area near downtown Overland Park.