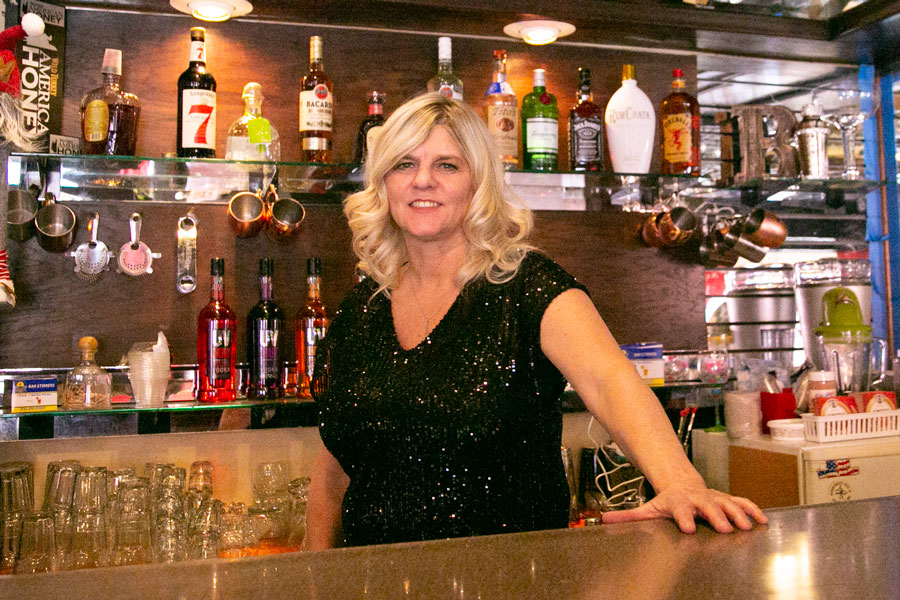 Blondie's Corner Club Bar and Grill is gearing up to open in the former Bilski's in downtown Merriam on New Year's Eve. Owner Kim Osborn Fischer says regular Bilski's customers have already visited the remodeled space and are excited “to have their bar back."

Blondie’s will take over the space occupied for decades by Bilski’s, which closed earlier this year after the owner Chad Dupree said it became too hard to recover from challenges posed by COVID-19.

Osborn Fischer says the atmosphere at Blondie’s will ideally match the vide of the bar in her favorite TV show, “Cheers.”

“That’s what made me want to open a bar,” Osborn Fischer said. “I just hope it’s going to be fun, and everybody knows everybody.”

She chose a 1950s theme with large portraits of famous figures like Marilyn Monroe, Elvis Presley, Audrey Hepburn and The Rat Pack

As for the menu, Osborn Fischer said Blondie’s will focus largely on pizza. Other bar food like burgers and tenderloins will also be available.

Osborn Fischer said the space at 5831 Merriam Drive has been a bar since the 1970s. Regular customers have already visited the bar and are excited “to have their bar back,” she said.

“I think we need a corner bar, a place for friends and family to gather,” Osborn Fischer said. “For the community, I’m hoping to do some fundraisers for the schools.”

Pool leagues, karaoke and other games will also be available at Blondie’s, Osborn Fischer says.