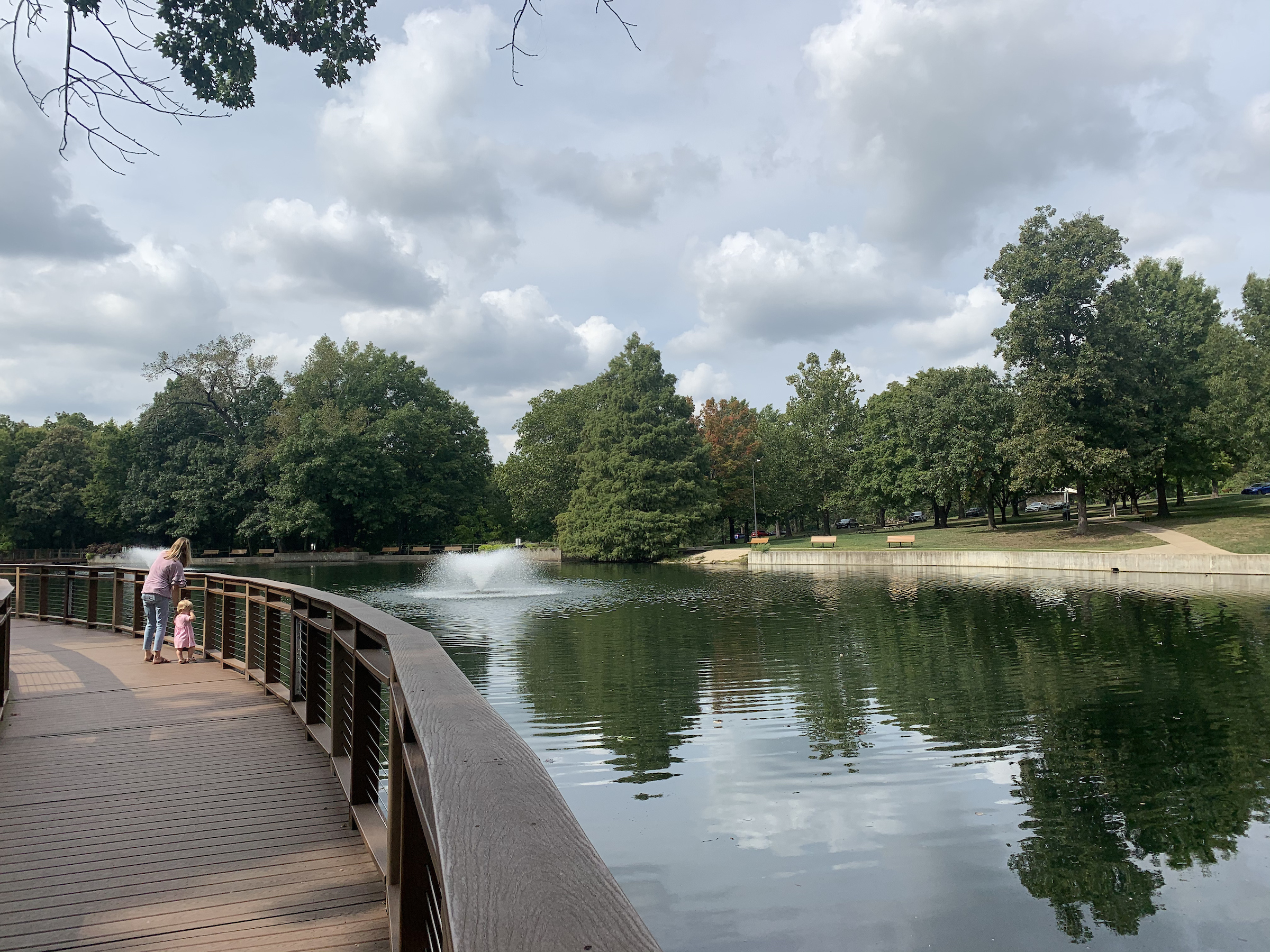 The boardwalk on the South Lake in Antioch Park affords some great views of the park.

Note: This is the first in an occasional series of stories highlighting JCPRD parks and facilities.

There’s those famous stepping stones across the east end of the South Lake, the popular Dodge Town Play Area, four picnic shelters which are frequently booked solid during the summer months, shaded walking trails, and the beautiful Helen S. Cuddy Rose Garden where thousands of weddings have taken place over the years.

First opened in 1958, Antioch Park is the oldest park in the Johnson County park system.

“Antioch Park is unique due to its age and popularity,” said Northeast Region Assistant Park Manager Craig Shafar. “It is one of the few parks that generations of children have enjoyed and continue to enjoy. Parents and Grandparents are bringing their children back to experience and relive part of their youth.”

For more than 60 years, Antioch Park, at 44 acres, was JCPRD’s smallest park. But it lost that distinction in October 2020 when Arthur and Betty Verhaeghe Park opened with just 41.4 acres. But what isn’t small is the public’s love for Antioch Park.

“Locally, Park Hill School District buses kids here in the summer,” Shafar said. “I see many Missouri and Kansas license plates in our parking lots, as well as plates from all over the country coming for a visit.”

This park is especially used for picnics, leashed dog walking, and as a place where people regularly stop by to eat their lunch. Although the festivities were cancelled in 2020 and 2021 because of the pandemic, the park is usually the site for the city of Merriam’s Turkey Creek Festival on the third Saturday in May. In recent years, it has hosted several of JCPRD’s geocaching-related special events.

The park’s trails are heavily used by walkers.

“Antioch Park offers many walking trails that weave in and out of shaded areas offering the walker beautiful views of nature,” Shafar said. “This includes plants, flowers, wildlife, trees.”

The small park surprisingly sees a large diversity of wildlife, and area birders know it is a site along migration routes where relatively rare species are sometimes spotted.

“Turtles, frogs, ducks, and geese are an everyday occurrence,” Shafar said. “We see deer on and off throughout the year, and I have seen a mink and a coyote once.”

The changing colors of Antioch Park’s wide variety of trees are a major fall draw for the park. While the park has a prominent and consistently colorful sugar maple just inside the front gate which is frequently used as a backdrop for portrait photography, the park also has ash, hickory, oak, and ginko trees which contribute to the autumn display.

Lesser-used amenities include the bocce ball court and horseshoe pits on the park’s south side.

It’s probably worth mentioning that other park features include: JCPRD’s registration and recreation offices, two playgrounds in addition to the Dodge Town Play Area, a landscape arboretum adjacent to the rose garden, two lakes where catch-and-release fishing is allowed, and hills near Shelter #2 that are sometimes used for sledding in the winter months.

Antioch may be an older park, but that certainly doesn’t mean it is neglected or poorly maintained. The park has received a number of improvements and upgrades in recent years.

“The tennis courts recently got new lights, and it should be getting a new fence and surface next year,” Shafar said. “Shelter #3 is currently under construction with Shelter #1 being replaced in 2023. The Helen S. Cuddy Rose Garden will be getting a facelift next year. The basketball court was repainted this spring, and the Vietnam memorial was refurbished by Leon Lickteig in the summer of 2019.”

In addition, Shelter #2 was replaced earlier this year, and Dodge Town was completely revamped in 2018.

“You don’t have to be a kid to enjoy Antioch Park; we have something for everyone,” Shafar said. “Whether you are wanting to take a long, beautiful stroll and commune with nature, or find a place for you and your kids to unwind, Antioch Park is your place.” 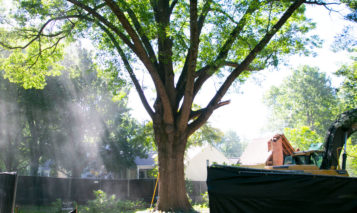 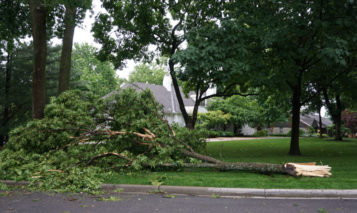 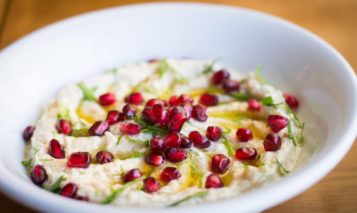