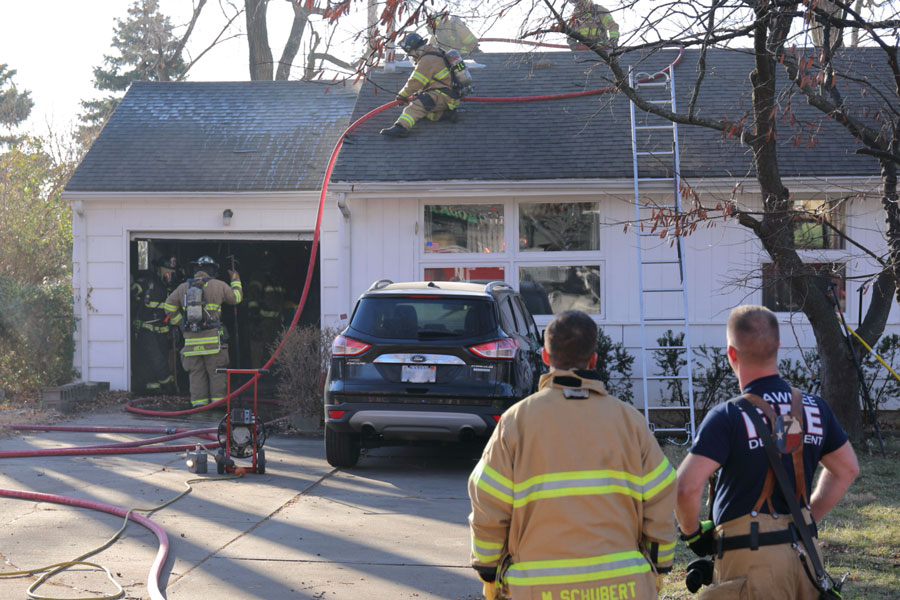 Fire crews respond Tuesday morning to a fire at a home near Shawnee Mission Parkway and Quivira Road. Investigators say the fire began after a resident at the home dumped ashes from a fire pit into a paper lawn bag. Photo credit Mike Frizzell.

The city of Shawnee is urging residents to be careful when throwing out ash from their fire pits and fireplaces following two house fires in less than 24 hours that started when still-smoldering coals were not disposed properly.

The city sent out a tweet Wednesday morning, documenting the aftermath of a house fire Tuesday night that was “caused by hot coals flaring up after being thrown out.”

Firefighters are working their second fire in 24 hours caused by hot coals flaring up after being thrown out. Please make sure the coals have cooled completely. The best step is to put them in a metal can and then place them in an outdoor trash bin. Stay safe, Shawnee! pic.twitter.com/F1lYo8m2Xb

That followed a separate house fire Tuesday morning that began with ashes from a fire pit that had been tossed into a paper lawn bag, according to fire officials.

A neighbor called 911 shortly after 9:10 a.m. reporting that a house in the 12100 block of West 61st Terrace was possibly on fire and at least one person was inside.

The neighbor then alerted the residents of the house to the smoke coming from their garage.

Deputy Fire Chief Corey Sands says a resident used a fire pit Monday and moved the ashes to a paper landscaping bag on Tuesday morning, thinking that the ashes had cooled overnight.

Shawnee, Overland Park and Lenexa firefighters responded to extinguish the fire and were able to contain it in the garage area of the house.

The fire was brought under control within 10 minutes.

Two people escaped from the house without injury, and no firefighters were injured.

Sands says the incident is an excellent reminder to properly store ashes away from homes and in a metal container with a tight-fitting lid. 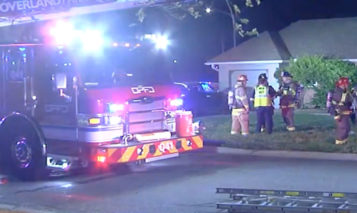 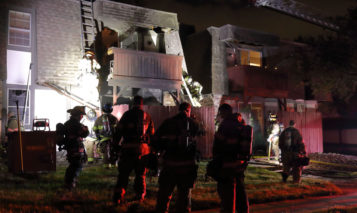 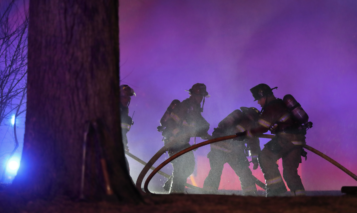 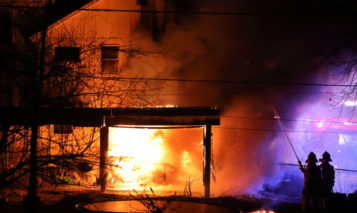 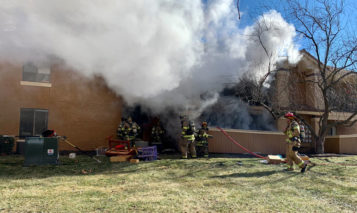