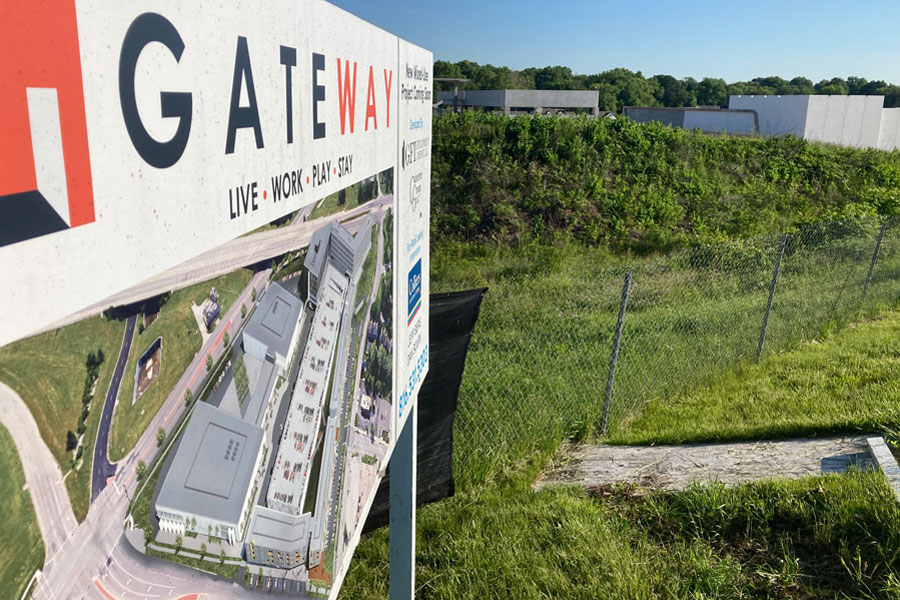 With an incomplete project, the Mission Gateway development agreement that includes some $200 million in public financing will officially be terminated on Dec. 31. Developer Tom Valenti says he has informed the city that he hopes to bring forward a new agreement "very soon." File photo.

Another attempt at a Mission Gateway redevelopment will officially end without success at the end of this month.

The current development agreement for the long-vacant site, which includes an entertainment complex centered around movie theaters and a food hall, expires on Dec. 31.

Developer Tom Valenti with New York-based Cameron Group LLC, told the Post this week that his attorneys sent the city of Mission a letter this week acknowledging that he will not meet that deadline, terminating the agreement.

But he also expressed hope that a new agreement can soon be put in place.

As he has in the past, Valenti said the pandemic got in the way of fulfilling the current development agreement’s requirement to finish the project by Dec. 31.

“With the pandemic, everything sort of fell apart in terms of financing,” Valenti said. “Banks were not doing deals, the bond market was closed. It’s pretty obvious that nothing was happening during the pandemic, and we’re only getting out of it now.”

The site at the busy confluence of Roe Avenue, Johnson Drive and Shawnee Mission Parkway remains only partially built out, with the hulking, whitewashed structure that was to be the 90,000-square-foot Cinergy Entertainment venue standing behind a chain link construction fence.

Still, Valenti said the letter attorneys sent to the city of Mission expressed Cameron Group’s intent to get a new development agreement on the table.

He said he expects to appear before the city council “very soon,” but specific dates and times are dependent on when the city schedules such a meeting.

City Administrator Laura Smith confirmed via email to the Post that the city did receive a letter from Cameron Group’s attorneys acknowledging “they will not meet the project completion milestone.”

Smith said the letter did note the developer is “working on financing and revised plans” to bring back to the city in 2022.

When the development agreement expires, all public incentives previously approved for the project are nullified, Smith said.

Although the city began issuing more than $200 million in industrial revenue bonds as part of the public financing support in 2018, Smith said “none ($0) of those incentives have ever been paid to the developer.”

Since Mission doesn’t — and has never — owned the property, Smith said, the timeline for a new development plan is up to Valenti and the Cameron Group.

“I do expect the developer will make a revised proposal to the city in the coming months,” Smith said. “Scheduling for that conversation will depend on how quickly the developer’s team can secure a number of items to effectively and efficiently move forward with discussions surrounding the project.”

Smith said she knows everyone is waiting for “more detailed updates and plans for redevelopment of this critical piece of property in Mission.”

While Valenti said he could not share details of the new plan intended for Mission Gateway, he said the structures currently on site will be used “without question.”

The current development plan — approved by the city council in 2017 — details a restaurant, hotel, retail space and an apartment building.

After years of inactivity due to liens, weather and design issues, Mission Gateway hit a milestone in January 2020 as construction of the 90,000-square-foot entertainment complex began.

Construction was put on hold two months later in March 2020 due to COVID-19 shutdowns.

Although developers remained hopeful construction would resume in summer 2020, Valenti told the city council in October of that year that economic impacts would continue the delay.

Now, it’s been nearly two years since anything at Mission Gateway site has changed.

There has been no successful redevelopment of the site following Mission Mall’s closing in 2005.