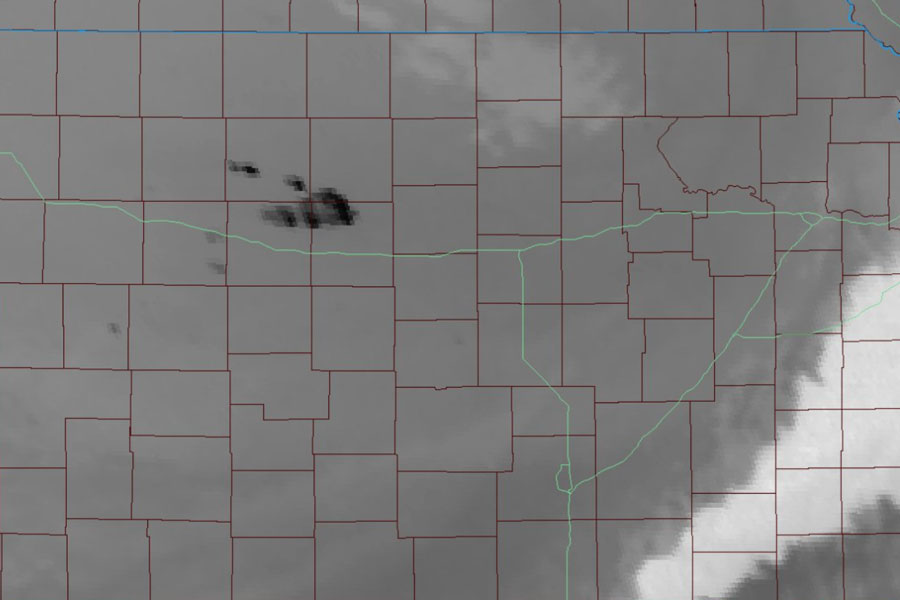 After a powerful line of thunderstorms moved through Johnson County Wednesday night, a pungent odor of smoke could be smelled in the air outside.

The National Weather Service in Kansas City attributed the smell to fires that broke out earlier in the day in western and central Kansas.

If you are smelling and seeing smoke, it is from a wildfire in Russell County, Kansas. This nighttime microphysics satellite imagery helps us see hot spots from ongoing wildfires. #kswx pic.twitter.com/aX6o375dEn

Several communities in and around Russell County in western Kansas were evacuated Wednesday due to threats from wildfires that broke out on an abnormally warm and windy December day.

Closer to home, the Overland Park Fire Department addressed the issue of smokiness on its Twitter.

The department said their investigations had yet to turn up in active fire in Johnson County.

We’re getting dispatched on numerous calls for smoke odors. FYI- local meteorologists are reporting that smoke is blowing in with the storm from fires in western Kansas.

Reports of smokey smells came in from Olathe.

And from points further north.

We have ash in the air here 82nd and Antioch

KSHB reported much the same thing at around 7:30 p.m.