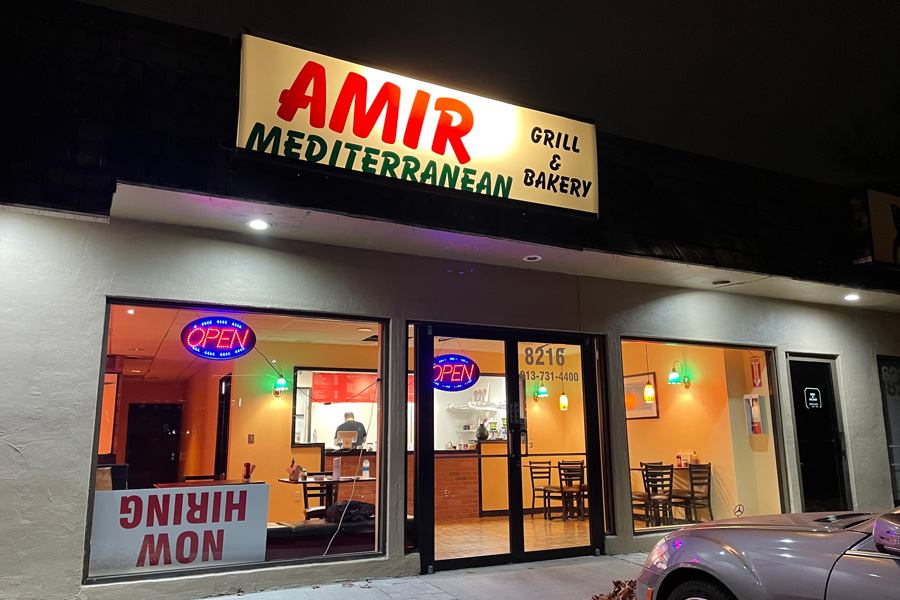 Amir Mediterranean Grill & Bakery opened this fall on Metcalf Avenue near downtown Overland Park. The restaurant first began in Mission along Johnson Drive, but the brothers who co-own it sold it in 2018 to make room for another Middle Eastern diner. Photo credit Leah Wankum.

Adam and TK Kayyali, two brothers who say they enjoy cooking and introducing their cuisine to the Overland Park community, first opened a restaurant under the same name on Johnson Drive in downtown Mission a few years ago.

The brothers sold the Mission restaurant in 2018 but onboarded the new owners with their personal recipes, so the flavors and menu of the two restaurants are still quite similar.

The Mission restaurant has since been renamed KINZI.

Adam Kayyali said he hopes the new location on Metcalf will offer the brothers more exposure in the busy corridor.

They say they are also still hiring staff.

“I think this area is growing,” he added.

The brothers hope to introduce their customers to not only Mediterranean cuisine but also what they say is the warmth and hospitality of Middle Eastern family culture.

“We’re not really here to make money,” said Adam Kayyali. “As long as we’re covered, we’re fine. If we can make a little bit extra living after covered, that’s nice.”

Adam Kayyali said some of their menu items are growing in popularity, particularly their gyros, kebabs and shawarma.

Everything is grilled, except for their baklavas (original flavors with walnuts and pistachios) and other baked goods.

Considering the growing mainstream popularity of Mediterranean cuisine, the brothers said they hope to give customers nutritious yet delicious dishes to try.

Amir Mediterranean Grill & Bakery is open daily from 11 a.m. to about 3 or 5 p.m., depending on how busy the day is.