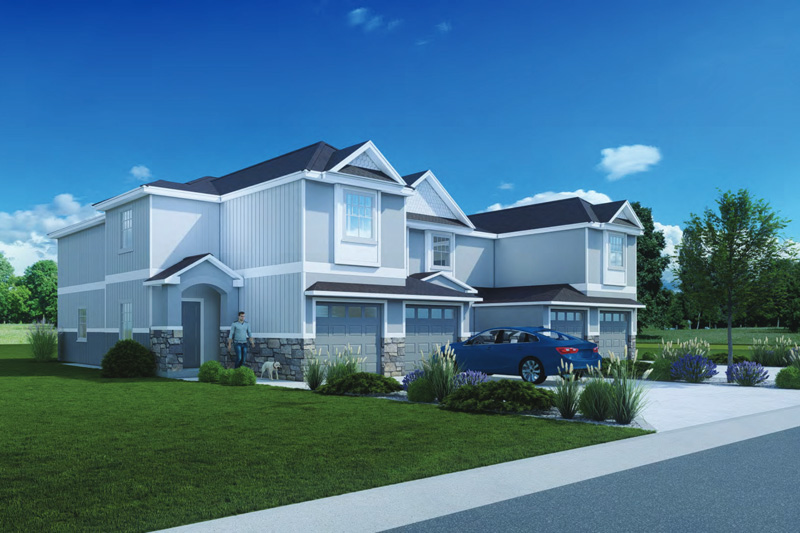 Willow Ridge Villas, a new townhome project planned near K-7 Highway and Shawnee Mission Parkway in Shawnee, will add 21 residential units to the growing residential area that is also set to see a new private Christian school built nearby. Above, a design rendering of the project.

The city of Shawnee has advanced plans for a townhome subdivision on the western side of the city near K-7 Highway.

Located on about two acres in the 7300 block of Silverheel Street, south of where K-7 meets Shawnee Mission Parkway, Willow Ridge Villas comprises 21 residential units in six attached townhome-style buildings, including one duplex, one triplex and four quadplexes.

Project plans also include the addition of a cul-de-sac, private drive access to the property on the north side, landscaping and a gazebo.

Kevin Manning, transportation manager for the city, said there’s no definitive timeframe on addressing traffic flow, but there are long-term plans to turn 75th Street where it meets K-7 into an interchange.

Neighboring residents have raised concerns about the potential for traffic congestion in the area with the addition of Maranatha Christian Academy, a private school under construction nearby

However, one neighboring resident, Kris Durbin, spoke in favor of the project as a better fit for the neighborhood as opposed to a commercial or retail development.

The Shawnee Planning Commission will consider final plans for the project at a future date.

A recording of the meeting is below and on the city’s website. Discussion begins at 38:24.