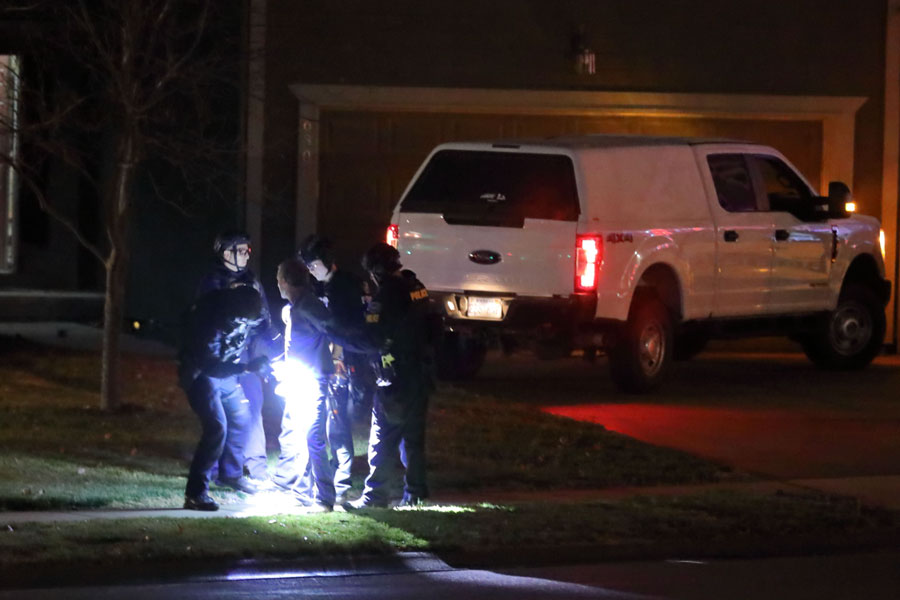 A man wanted for violation of his bond conditions for a previous arrest, according to court records, was taken into custody by Shawnee Police tactical officer early Wednesday morning. Shawnee Police arrested the same man at the same address following a standoff last month. Photo credit Mike Frizzell.

The Shawnee Police Department’s tactical team served an arrest warrant late Tuesday night. The man involved was arrested by the same tactical team following a standoff at the same address on November 12.

Johnson County Court records show that a bench warrant was issued for 64-year-old Patrick Lee on Tuesday for failure to comply with his bond conditions.

Shawnee’s Special Tactics And Response, or STAR, Team arrived at Lee’s home in the 6300 block of Lakecrest Drive shortly before midnight.

Shortly after midnight, Lee complied with the commands of tactical officers and was taken into custody just inside the front door of his home.

At the scene, Captain Steve Walsh confirmed that the police activity was for an arrest warrant related to the November 12 standoff at the same house.

He was to be on house arrest with GPS monitoring until his next court appearance in February, along with multiple other bond conditions.

No injuries were reported during the arrest.