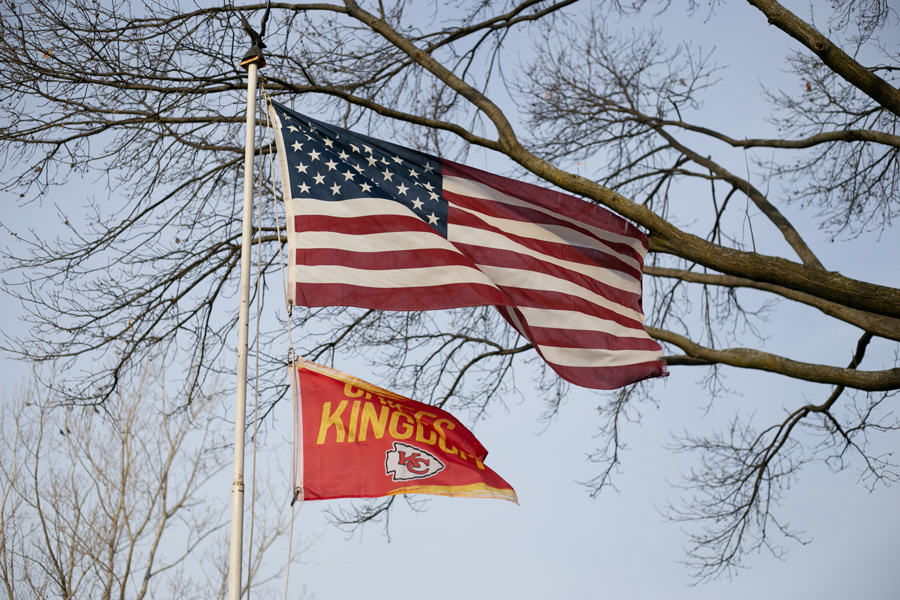 Forecasters say wind gusts could top 60 miles per hour at times Wednesday in the Kansas City region, leading to down tree branches and widespread power outages. Residents are urged to say indoors as much as possible on Wednesday and to secure loose items and holiday decorations. File image.

Johnson County and the rest of the Kansas City metro is in for a windy Wednesday.

The National Weather Service has issued a High Wind Warning for much of the region, including Johnson County, starting at 9 a.m. Wednesday and lasting through midnight Wednesday night.

Forecasters say Johnson County and other counties under the warning are expected to experience sustained winds of 30-40 miles per hour throughout the day Wednesday, with gusts that could top 60 miles per hour at times.

Though winds will start to blow Wednesday morning, gusts are expected to get more intense around noon and grow stronger in the late afternoon and evening time.

⚠️In case you haven't heard, windy conditions are expected on Wednesday. A high wind warning has been issued for eastern Kansas & northwest Missouri, where wind gusts up to 65 mph are expected. The strongest winds are expected late Wednesday afternoon into Wednesday evening. pic.twitter.com/yUhLV19fbv

If it’s possible, forecasters recommend people stay inside during high winds and to shelter away from windows.

If you are out driving when it’s windy, you’re urged to use caution, keep both hands on the steering wheel and go slowly.

High-profile vehicles, like semi-trucks, could be more impacted by high winds, so be aware when driving next to them.

The Overland Park Fire Marshal issued a warning Tuesday, urging residents — even those with burn permits — to refrain from lighting fires over the next week.

“Due to unseasonably warm, windy and dry conditions forecast … the Overland Park Fire Marshal is asking the public to exercise extreme caution with fire,” the statement said.

Fire officials said grills should not be left unattended, and smokers are asked to extinguish cigarettes in sand or water before discarding outdoors.

Please see the attached news release from our Overland Park Fire Marshal. Let's be careful out there folks! pic.twitter.com/orvuA5lW4S

High temperatures on Wednesday are expected to reach 70 degrees, which would set a new record in the Kansas City area for Dec. 15.

🥵 Toasty temperatures are in the forecast next week. We will definitely be making a run at the record books on Wednesday. pic.twitter.com/5mekZO7BBX

After Wednesday, temperatures are expected to drop to more seasonably average levels with highs in the low 50s on Thursday and Friday.

Next week, temperatures are expected to hover in the 30s and 40s in the early part of the week, and could again break into the 50s heading into Christmas Eve and Christmas Day.

As for a white Christmas? It’s not looking likely.