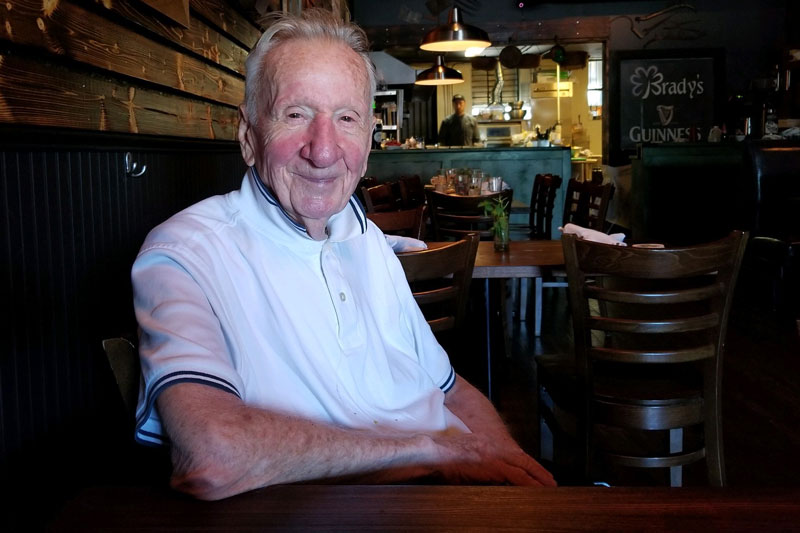 Martin "Bill" Guilfoil, an avid tennis and table tennis player and mentor in the Kansas City area, died on Nov. 12 at 98 years of age. There are a few upcoming opportunities to remember Guilfoil in the coming weeks, including a celebration of life at the Overland Park Racquet Club on Dec. 12. Photo courtesy John Davidson.

Martin “Bill” Guilfoil, a Fairway resident who competed in two Olympic table tennis trials in his 80s, died on Nov. 12 at age 98.

The Kansas City-area native was well-known in the tight-knit circle of regular tennis and table tennis players in Johnson County and throughout the metro, and he also built up the reputation over the years as a mentor, teacher and friend.

Later in life, he was known for holding court with a group of other regular customers at Hi Hat Coffee in Westwood Hills.

John Davidson, one of Guilfoil’s mentees, said he met Guilfoil about 30 years ago at the Overland Park Racquet Club, 6800 W. 91st Street.

Davidson said he became like a son to Guilfoil. They spent time on the tennis court and taking road trips to Lied Lodge in Nebraska City, Neb.

“He’s a huge loss to the tennis community because he was basically the ambassador for tennis,” Davidson said.

Guilfoil played competitive tennis into his mid-60s, Davidson said, against opponents who were half his age and younger.

A court at OPRC is named in honor of Guilfoil, who taught at the club since it opened in 1978. The club posted this to Facebook on Guilfoil’s death.

Even into his 80s and 90s, Guilfoil kept challenging himself.

He tried out for the U.S. Olympic team in table tennis both for the 2012 London Games and the 2016 Rio Games, earning a nod from Sports Illustrated as the “oldest Olympian in the history of the games.”

According to his obituary, Guilfoil grew up in the Strawberry Hill neighborhood of Kansas City, Kan., attended Rockhurst College (now University) and served in the U.S. Army during World War II.

“Regarded as Kansas City’s ‘original tennis pro,’ Bill was a legend in Kansas City and beyond, and known as a tireless tennis and table tennis promoter,” the obituary says.

But his tennis notoriety isn’t the only reason he’ll be remembered.

Davidson said Guilfoil’s lifelong treasure was his relationships and friendships.

Owner T Jensen said he met Guilfoil in the 1970s because his younger sisters played tennis around the same time as Guilfoil’s daughters.

After years of not seeing Guilfoil, he showed up at Hi Hat Coffee when it opened in 1999, Jensen said.

Soon after that, Guilfoil became part of “The Polar Bear Club” — a group of men who regularly gathered at the Hi Hat’s outdoor seating area year round to talk and enjoy their beverages.

“They decided they would be The Polar Bear Club and sat outside with their hats and scarves and jackets on, and made me buy heaters,” Jensen said. “They’d buy the propane because I couldn’t keep up with their propane use. It was great. He’s a Kansas City original, he would talk to anybody.”

Guilfoil would start conversations with all of Hi Hat’s customers, Jensen said. Eventually, Jensen said he told Guilfoil to try waiting for an invitation into a conversation for once — an idea which Guilfoil pushed back on.

“He said to me the next day, ‘You know, T, I thought about what you said and that’s just not who I am; I’m interested in people and I want to go talk to them,’” Jensen said. “I said, ‘You know what, Bill, God bless you. I like that, you just keep being you.’”

The best way to honor Guilfoil and his legacy Davidson said is to donate to the Bill Guilfoil Tennis and Table Tennis Legacy Fund at the Stephanie Waterman Foundation.

This will go to support young tennis and table tennis players, as well as players with Alzheimer’s wanting to keep their “mind sharp,” Davidson said.

Jensen said he will be donating $92.17, the remainder of Guilfoil’s reverse tab — which Guilfoil insisted Jensen start when he gave Jensen too much cash for a coffee.

Guilfoil’s family is saying the rosary and hosting a reception at St. Agnes Catholic Church, 5250 Mission Road, on Saturday, Dec. 11 at 9 a.m.

Homestead Country Club in Prairie Village, 4100 Homestead Court, is hosting a celebration of life in Guilfoil’s honor on Dec. 12 from 2 p.m. to 8 p.m.

Similarly, OPRC is hosting a celebration of life on Dec. 17 from 9 a.m. to 1 p.m. People are invited to bring stories, memories and photos of Guilfoil to OPRC’s celebration.

There will also be free tennis and table tennis court times during OPRC’s celebration. 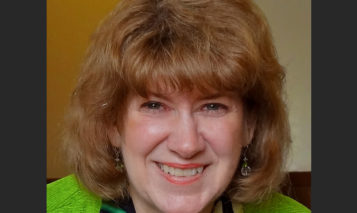