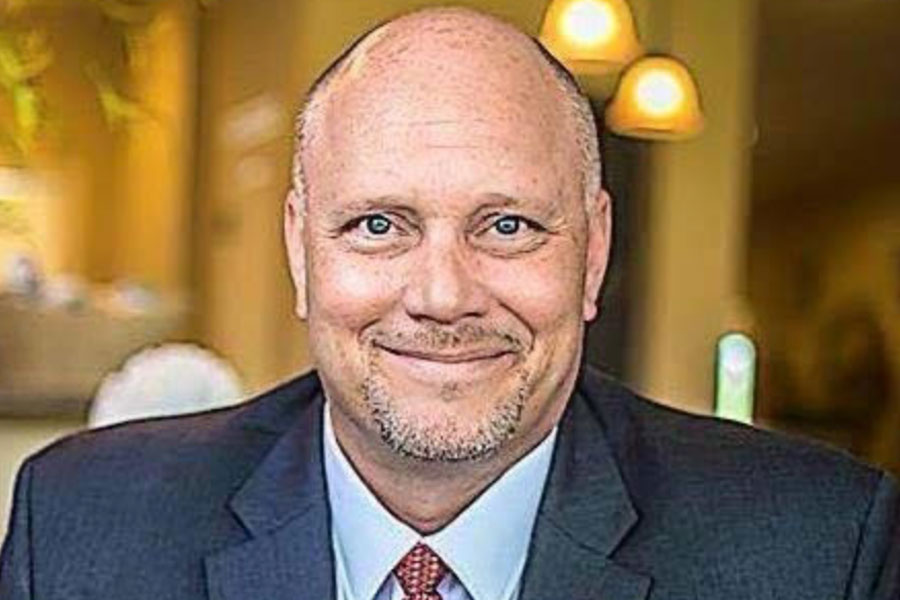 Former Johnson County Commissioner Mike Brown switched election direction this week, withdrawing Monday from the 2022 race for county commission chair in order to announce he will run instead for Kansas Secretary of State.

Brown said questions and concerns about the integrity of recent elections caused him to enter the statewide race. His decision sets up a potential Republican primary with Scott Schwab, an Overland Park resident who now holds that position.

The Secretary of State’s office oversees how elections are run in Kansas’s 105 counties.

In recent elections in Kansas, there has been no substantive evidence of widespread voter fraud or ballot irregularities. And current and former election officials both in Topeka and Johnson County have said the 2020 election was secure and well-run.

In an interview with the Shawnee Mission Post this week, Brown specifically cited transparency concerns about the pickup procedures for ballot drop boxes, which have been in more widespread use the last two years due to the COVID-19 pandemic.

He said he received numerous questions from the public asking if the rules for picking up those ballots in Johnson County had been precisely followed. When Brown asked for video evidence of the scheduled pickups, he said he was denied by county officials.

“On November 3rd , 2020 and November 2nd , 2021 — shortly after the polls closed — my phone blew up with emails, text messages, voicemails, phone calls, and social media messages over concerns of the integrity of our elections,” Brown is quoted in a campaign press release.

The Shawnee Mission Post has reached out to Schwab and will update this story with a response if we receive one.

But Schwab said after the 2020 elections that Kansas “is not experiencing any issues with voter fraud,” and he has on other occasions repeated that there was no evidence of fraud.

Connie Schmidt, who came out of retirement to oversee the 2020 election in Johnson County, wrote an opinion piece for the Kansas Reflector in which she said that Kansas was a “shining example of how to do it right,” in the 2020 election. She referred questions about videos of drop boxes to current county election officials.

Current Johnson County Election Commissioner Fred Sherman said he could not comment on Brown’s assertions regarding the drop box pickup or video because of a pending lawsuit.

That lawsuit by parents of children in Blue Valley and Olathe schools was filed in October and is primarily about school mask and health requirements. However, a section of it expresses concern about election “fraud, transparency and ballot stuffing” in the November 2020 election and notes that the lead plaintiff, Thad Snider, was refused a request to obtain election video records.

As a county commissioner, Brown ultimately voted to certify the 2020 election results in Johnson County, including for the race in which he was defeated.

Would support an ‘in-depth audit’

Still, Brown has opened his campaign for secretary of state by casting doubt on Schwab’s commitment to election integrity.

“Kansans’ trust in our elections has been broken,” Brown said. “I fix problems and I want to restore their faith in our broken election system. Anything less than 100% confidence in our elections should never be enough for the Kansas Secretary of State.”

In his campaign announcement press release, Brown also faulted Schwab for saying Kansas does not have voter fraud issues, “despite concerns across the state with many Kansans.”

He also noted that a district court judge in Rice County, Kan., outside Hutchinson, recently voided two local elections from November because of errors in their administration.

Brown said irregularities have continued in the 2021 elections and said he would support a “full, in-depth audit,” of the state’s elections.

Brown, of Overland Park, is a general contractor of commercial construction and has been a home builder and land developer.

He served one term on the county commission representing the sixth district, which includes the southwestern part of the county. He was unseated in 2020 by Commissioner Shirley Allenbrand.

Brown’s move leaves three other candidates who have so far declared their intention to run for the county commission chairmanship. They include Allenbrand, current commissioner Charlotte O’Hara and Roeland Park Mayor Mike Kelly.

Current chairman Ed Eilert has not publicly stated whether he intends to seek reelection.