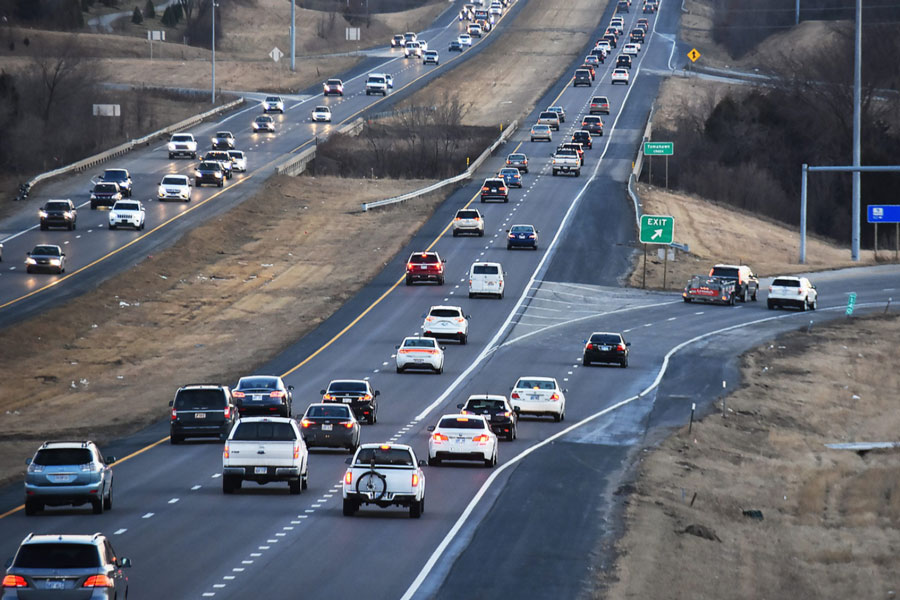 The Kansas Department of Transportation and city of Overland Park plan to host a virtual meeting on Wednesday, Dec. 8 to provide updates to the U.S. 69 Highway Toll Project. Residents can also participate in a 30-day virtual open house following that. File photo.

The plan to expand U.S. 69 Highway through Overland Park with toll lanes is moving forward, and the state and city are giving residents a chance to hear the project’s latest developments.

At the meeting, officials with the Kansas Department of Transportation, Kansas Turnpike Authority and city of Overland Park are expected to present the project’s latest environmental assessment, which includes the results of a recent noise study.

To join the meeting virtually on Wednesday, go here.

In addition to the meeting Wednesday, a virtual open house will be available for 30 days beginning Dec. 8, more details of which can be found on the U.S. 69 project website.

Officials say the open house and Wednesday’s public meeting will “provide the same content.” Residents can submit questions both during the meeting and through the subsequent open house.

Residents can also sign up to receive email newsletter updates about the project here.

Back in June, the Overland Park City Council voted 10-2 to create the express toll lanes going both directions between 103rd and 151st streets, approving a $20 million contribution from the city to the project

Last month, the city council opted to expand upon that agreement to include reconstruction of the 167th Street interchange, adding $10 million more in city costs.

In total, the project will create an extra lane of traffic in both directions of 69 Highway between 103rd Street and 179th Street.

Construction on the U.S. 69 project is scheduled to begin sometime in the middle of 2022.