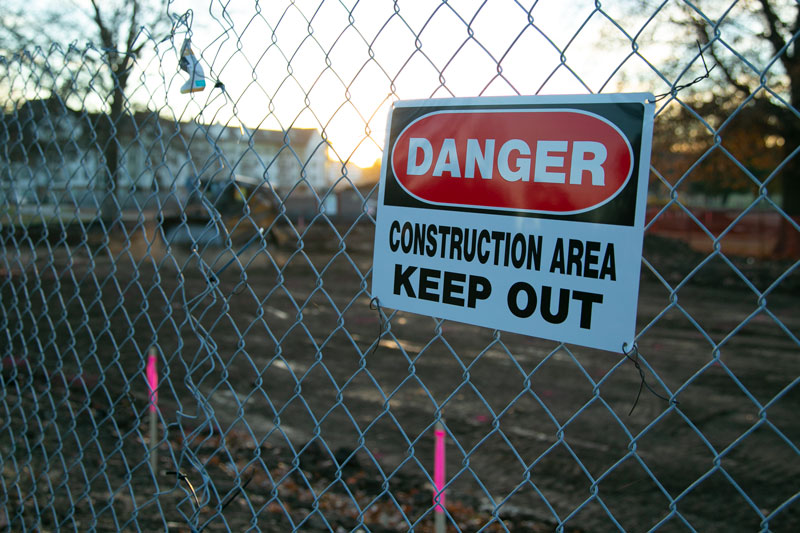 Work on Phase Two of the Meadowbrook Park master plan is underway in Prairie Village. Phase Two features the addition of an all-inclusive playground and ADA-compliant restrooms. The construction work is expected to be completed by November 2022. Above, construction has begun and is visible from Roe Avenue near the northeast corner of the park.

Johnson Countians who go to Meadowbrook Park may notice some construction in the coming weeks.

That’s because Phase Two of the park’s plan to add $1.6 million worth of upgrades and amenities is underway.

The 136-acre park at 9101 Nall Avenue in Prairie Village — right on the border with Overland Park — has been a popular destination for families, outdoor exercise enthusiasts and pickleball players since it opened to much fanfare in summer 2019.

The Prairie Village Planning Commission approved the latest phase of upgrades in July.

Below is a look at what Phase Two of Meadowbrook Park entails:

A significant amount of Phase Two work is being conducted in the northeast corner of the park, near Roe Avenue. Phase Two is expected to be completed by November 2022, according to previous planning commission discussions.

The first phase of construction completed when the park opened more than two years ago featured the distinctive treeline adventure playground, pickleball courts, existing trails and shelters and the Meadowbrook Park clubhouse.

The park is also going to see a new piece of public art in 2022.

Last month, the public was able to vote on three submissions for the art installation. Design documents for the installation are to be finalized in the first quarter of 2022, with installation in the second quarter, according to a timeline on JCPRD’s website.