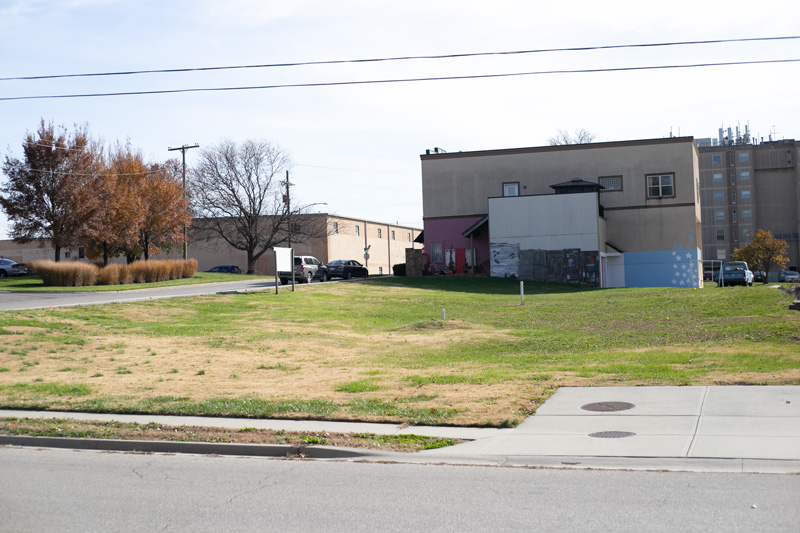 New duplexes called The Cosmopolitan are slated to come to the 5700 block of Barton in downtown Shawnee. Above, the site, looking south from 57th Street, is vacant except for a mixed-use two-story building to the south that was part of an old but unfinished condominium project.

A new duplex project is coming to a section of downtown Shawnee, just north of city hall.

Located on about half an acre at 5700 Barton Drive, The Cosmopolitan will comprise six residential units in three two-story duplex buildings. Metropolitan Properties LLC is leading the project.

The site has an interesting history dating back to Shawnee’s original city plat from 1873. The property previously included a single-family home and concrete storage building, which have both been demolished.

The site has been rezoned between single-family and town square zoning districts multiple times, and one developer began building a mixed-use project before the Great Recession of 2008 brought a sudden end to the project and left it unfinished.

That first two-story building for the mixed-use project, Barton Place Condominium and Lofts, is residential on top and commercial below and located just south of the proposed site for the new duplexes.

Augie Bogina, a representative on the project, said he plans to make the duplexes available for purchase. Two-car attached garages with each unit would be accessed from the west side of the property.

After some extensive discussion over a handful of requests from the developer to deviate from city regulations, the Shawnee Planning Commission on Monday voted 7-1 to approve a final site plan and final plat for the project.

After the vote, Peterson told the Post that she voted no because she wanted more discussion and consideration of the three open items that deviate from city regulations.

These open items include:

A recording of the meeting is below and on the city website. Discussion begins at 1:45:54.