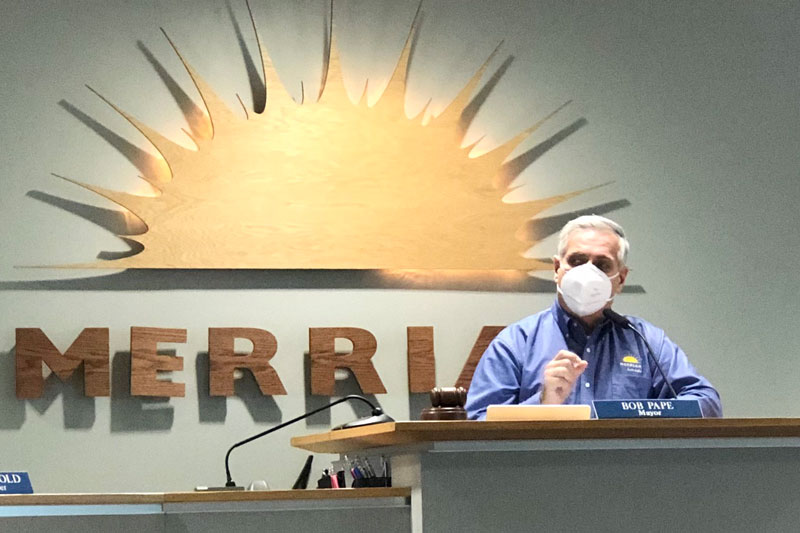 The city of Merriam is seeking a Ward 4 resident to fill the city council seat that was vacated by Mayor Bob Pape, who was recently elected to the mayor seat. Photo via city of Merriam Twitter.

The city of Merriam is seeking a resident to fill the now vacant Ward 4 councilmember seat.

After residents elected Mayor Bob Pape, the Ward 4 councilmember seat opened up. The position is open to Ward 4 residents. Those who wish to apply can fill out a statement of qualifications and attach a letter of interest online here by 4:30 p.m. on Dec. 8.

The current city council will interview candidates at the Dec. 13 council meeting, and vote for a new councilmember. The person selected will serve the remainder of Pape’s 2-year term, according to a city Facebook post.