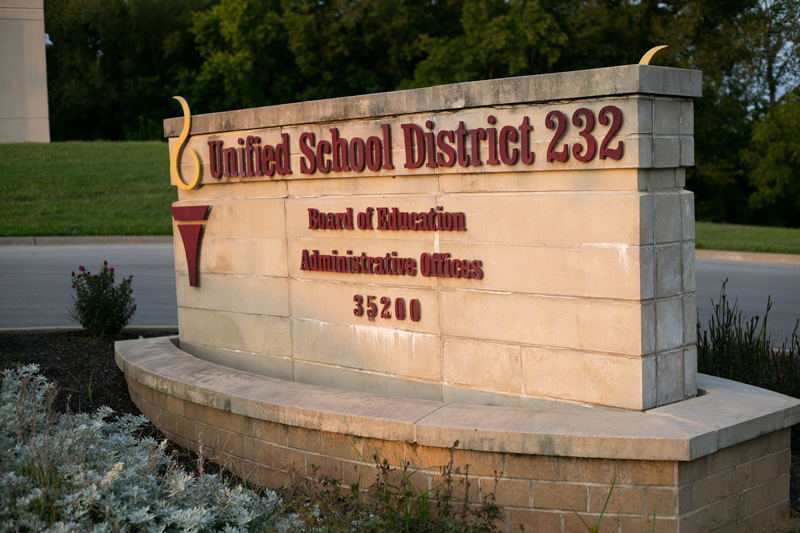 With a new pay increase for substitute teachers approved Monday by the school board, USD 232 in De Soto is now the highest-paying public school district for subs in Johnson County. File photo.

Facing a shortage of qualified substitute teachers, USD 232 in De Soto is increasing its sub pay rate to be more competitive with neighboring school districts.

After some discussion, the USD 232 Board of Education last week voted 6-0 to increase the school district’s substitute teacher pay from $125 to $140 for the short term (or daily) rates and from $140 to $175 for long term rates. Board member Rick Amos was absent.

With the increase in rates, USD 232 is now the highest-paying public school district for substitutes in Johnson County and remains one of the higher paying\ districts in the Kansas City metro.

Handy said USD 232 has 177 active substitute teachers, but 41 of them have not taken a single assignment so far this school year.

For the 136 substitutes who are working, only 74 have worked more than five days since the start of the school year, Handy added.

According to the district, here are the top reasons active substitutes gave when asked by the district about why they haven’t taken an assignment:

Lower sub rates than in the past

Handy and Schwanz said substitute fill rates haven’t been as high as the district wants to see.

In 2019, the fill rate was over 98%, while the current quarter’s fill rate is about 90%, the lowest the district has had in working with Morgan Hunter, a local staffing agency.

Nonetheless, Handy said that remains better than the fill rates in other school districts.

Handy added that full-time teachers and other staff members have had to cover more classes this year that in previous years may have been filled by a sub.

“Teachers, thank you to all in the audience because they are going above and beyond to cover classrooms, our administrators, everybody is jumping in and working harder than they ever have,” Handy added.

With the proposed rates using the same numbers from September 2019, the district would end up spending about $137,000 in that same time period.