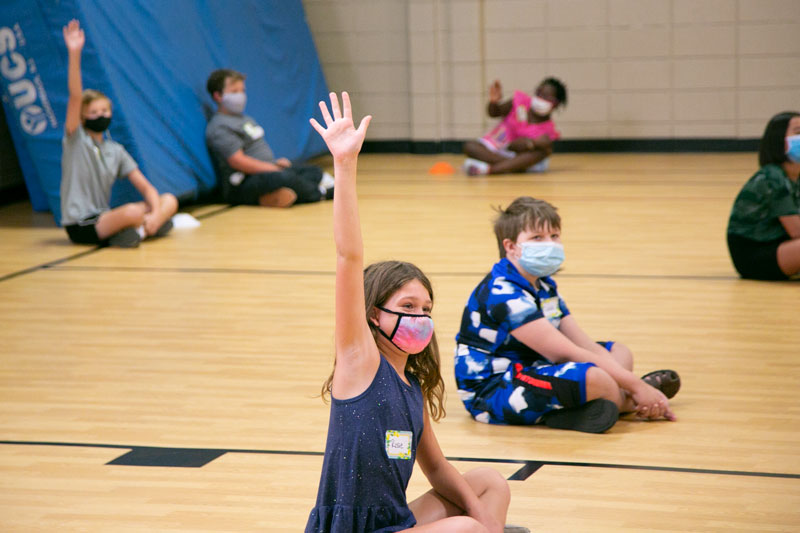 Shawnee Mission is using a $6 million state grant to continue testing symptomatic or asymptomatic students and staff for COVID-19 — but it won't be participating in a state testing program like some other Johnson County districts due to staffing and sustainability concerns, officials say. File photo.

The Shawnee Mission School District will continue its current method of testing students for COVID-19 with the help of a $6 million state grant.

The board of education last week approved a contract with MAWD Pathology Group, a Lenexa-based lab, to continue PCR testing the same way the district has been testing since the spring.

Other Johnson County districts, including USD 232 in De Soto and Blue Valley, are using a state testing program known as “Test to Stay & Learn,” but Shawnee Mission administrators cautioned the board about adopting that program in SMSD.

“Our concern to strike from [the current] model right now is, based on previous conversations that we’ve had as an administration team and also in this room with the board, about staffing capacity and sustainability,” said Christy Ziegler, Shawnee Mission’s chief of student services.

‘Test to stay’ versus ‘test to know’

The Kansas Department of Health and Environment considers Shawnee Mission to be in its “test to know” program, which tests symptomatic cases only, Ziegler told the board of education.

Chief Communications Officer David Smith confirmed to the Post via email that the district tests symptomatic casts of students and staff members.

The “test to know” program also allows for testing of asymptomatic individuals who have been exposed to a positive case on day six after an exposure, Smith said.

The district’s understanding of the separate “test to stay” program — which is being implemented in some other districts — is as follows, as outlined by Smith:

Additionally, he said the district has a limited supply of funding and testing resources available in order to conduct daily testing for asymptomatic cases.

More than that, Smith said it would add “significant” stress to the district’s “already stressed nurses.” Nurses would need to notify specific staff about who would be required to mask, when and for how long, he said.

“Our nurses already have complex, full-time jobs, and adding a large-scale testing program on top of everything else doesn’t seem like a viable long-term strategy,” Smith said.

Students or staff who have been vaccinated are able to stay in school, even without a test, Smith said. If both parties are properly masked, neither would have to go through the “test to stay” program, he said.

MAWD approached Shawnee Mission last spring about a partnership to test students and staff, Ziegler told the board of education. The agreement approved last week formalizes that partnership and allows it to continue until the end of the 2021-22 school year.

The board of education unanimously approved the contract with MAWD to continue testing under the district’s current method.