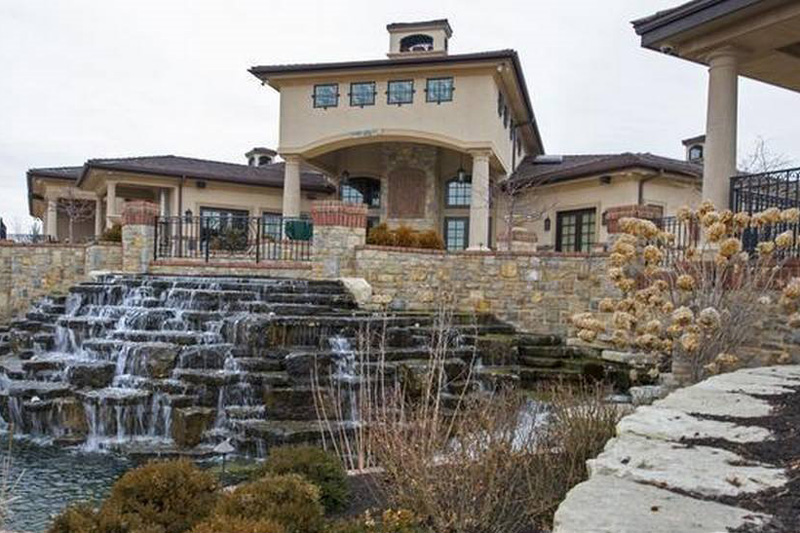 The Shawnee Planning Commission on Monday decided to table plans for a mental health and substance abuse treatment facility at the old Deffenbaugh property in western Shawnee after several neighboring homeowners spoke against the project. Photo via Johnson County Appraiser's Office.

A nonprofit organization is hoping to turn the late Ron Deffenbaugh’s luxury home in Shawnee into a mental health and substance abuse treatment facility.

Deffenbaugh built his home on the site just south of the Johnson County landfill, which he owned and operated for several decades. The landfill is now under ownership of Waste Management.

After extensive discussion and hearing concerns from many neighboring homeowners, the Shawnee Planning Commission on Monday voted 10-0 to table the project plans to the next planning commission meeting, which is Nov. 15. Commissioner Carol Norman was absent Monday.

The planning commission is considering a revised site plan, final plat and rezoning the site from agricultural to professional office.

The site owner, Brad Botteron of Bwb Lexington Twp, a limited liability company in Lenexa, is leading the project with Phelps Engineering Inc. of Olathe.

Botteron said he and his wife toured the facility a few years ago and were “really impressed” with its quality. They eventually came up with the “wellness center” concept.

“If your life has been anything like mine, you’ve experienced some of these issues,” Botteron said, noting some family members who have died of heart disease and diabetes, and friends who have struggled with mental health, suicide and drug use. “Our purpose is to try and help alleviate some of the pain and suffering that comes as a result of these challenges that we all face in life.

“We felt like the Deffenbaugh property would create an atmosphere and opportunities… to improve people’s health in both physical health as well as emotional health,” he said.

Harold Phelps with Phelps Engineering said Deffenbaugh had a desire for his property to be made available for young people after he died.

“Now exactly how that was going to happen, of course, nobody knew,” Phelps said. “Brad’s got an opportunity here to bring a much needed service to Johnson County and to Shawnee and to be able to service young people.”

Mostly surrounded by single-family homes, the site contains a house, a large barn, a horse stable, an entry gatehouse and mostly undeveloped area, according to city documents.

The buildings are concentrated on the northeastern portion of the site closest to Johnson Drive, while the southern portion could not be developed on its own due to topography and its “landlocked status,” city staff reported.

Several neighbors who spoke at the meeting balked at the idea of allowing a substance abuse treatment facility close to their homes.

They also argued that professional office district is not appropriate zoning for the site and surrounding area.

“We have a very quiet community. We don’t have many of the other problems that I think exist in our world. We’re very privileged, and we’re thankful for that. But I don’t think this meets your pillars of your city. I think it’s wrong, and I think that our city, over all these years, for our 20 years that we’ve been there, and many of the other residents, this is not what we ever envisioned,” he said.

Commissioners called it a “complicated issue” and sought more time for the project owners to work out some of the kinks and revisit it later this month.

A project narrative for Summit Ranch Center for Wellness states that the nonprofit “will assist individuals and families with developing healthy lifestyle habits while offering critically needed mental health services.”

The facility plans to utilize the existing buildings as well as the acreage of walking and riding trails, gardens and wooded areas, according to the project narrative. The program is designed to offer outpatient treatment for people with anxiety, depression and substance use disorders, as well as trauma-informed care, cognitive behavioral therapy and support groups.

The facility would require a special use permit to offer inpatient services in the future.

A recording of the meeting is available below. Discussion begins at 36:30.