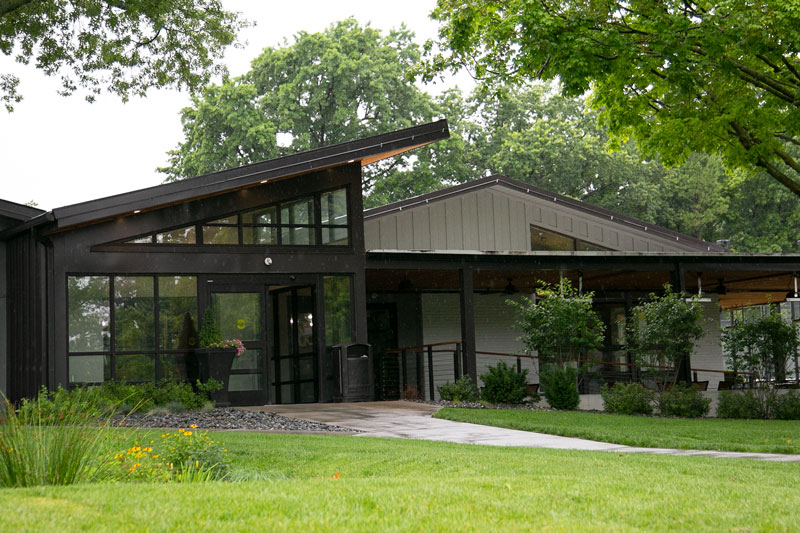 The Prairie Village Planning Commission on Wednesday wants more details about some upgrades at Homestead Country Club, 4100 Homestead Court, due to what commissioners called a lack of sufficient information from the club.

A year ago this month, the planning commission tabled the original revised site plan for the club, which stands near Indian Hills Middle School off 63rd Street and Mission Road, due to neighbors’ concerns with lighting and parking.

While those concerns have been addressed, the planning commission this week asked the club for more details about certain parts of the revised plan. Most notably, the commission wants additional information about plans to enclose new pickleball courts at the club.

At a July meeting of the commission, the club introduced the idea of adding the courts with a roof over them. But the most recent version of the plan reviewed by the commission this week called for a full enclosure — no just a roof with four open sides.

In addition, there was a completely new item in the plan: a pool deck cover to provide shade.

Chairman Greg Wolf said he was uncomfortable approving something he heard about for the first time during the meeting, the same concern he had when Homestead introduced the pickleball roof this summer.

“We do have a process and if [Homestead] wants to come back and give us more details, that’s fine,” Wolf said. “But I think we need more than just them telling us key information to move forward, in my opinion.”

Commissioners Nancy Wallerstein and Jim Breneman said this week they both recalled the pickleball “enclosure” being introduced this summer as a roof, not a structure with four walls.

Project Manager Jeff Pflughoft said it would be a simple structure with lighting and a roof, which could be opened for ventilation.

No other utilities would be included at the pickleball court enclosure, which several commissioners expressed concerns about.

The updated plans also did not outline the type of materials that would be used for the structure or potential landscaping around it.

Commissioner Jeffrey Valentino said without this information, the planning commission wouldn’t be able to properly evaluate the application.

He said the application includes a “very generic sketch-up model” and “doesn’t seem to meet our basic expectations.”

“This has been a rather large public conversation due to the neighbors,” Valentino said. “I’m not certain why we are going backwards in content and clarity. I think we should be improving on it.”

The planning commission unanimously decided to continue the application, directing Homestead to bring back specific details for both the pickleball courts and the pool deck cover.