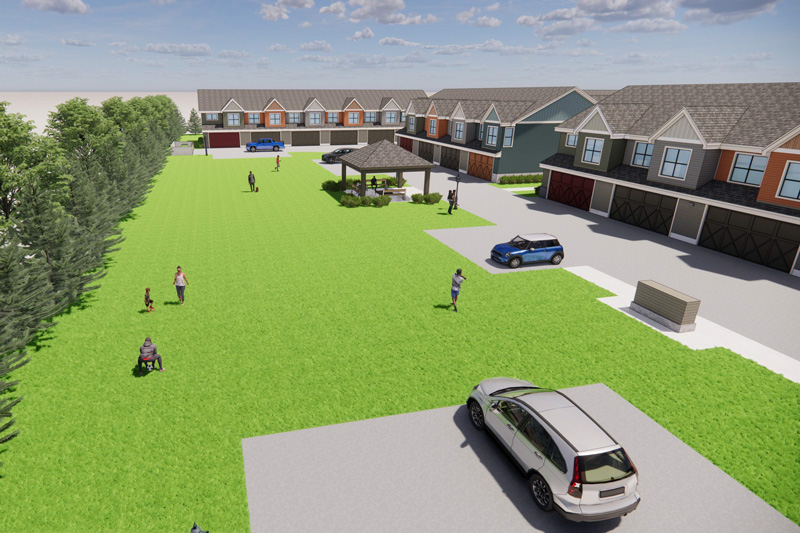 Shawnee has advanced plans for a new townhome project near West Flanders Park. Above, a design rendering of Stag's Garden, a project led by Shawnee developer Kevin Tubbesing.

Shawnee developer Kevin Tubbesing is planning another multi-family project in the city: a mixed residential complex on the southeast corner of West 55th Street and Nieman Road.

Located on just over 3 acres at 5527 Nieman Road — just south of West Flanders Park and a few blocks north of downtown Shawnee — the so-called Stag’s Garden development would include 28 residential units in seven two-story townhome-style buildings.

The site is surrounded by other single-family homes.

On the lot currently stands a small, single-family house with a detached garage built in 1938, as well as several mature trees, according to city documents. The property’s current owner is Charles Dooley.

After about an hour of discussion and hearing public comments on Monday, the Shawnee Planning Commission voted 10-0 to recommend approval of a preliminary development plan and rezoning the site from single-family residential to planned unit development mixed residential.

Planning commissioners shared their overall support for the project, but did ask Tubessing to increase setbacks from the property’s boundaries in order to bring the development into conformity with city requirements.

The Shawnee City Council is slated to consider the project Nov. 22.

Mostly support but some opposition from residents

At least 30 people were in attendance for the discussion of Stag’s Garden. About half a dozen commenters gave a mix of mostly supportive comments, including some neighboring homeowners.

“Looking at it realistically, that property is going to get something put on it, and out of all the things that could be proposed on it, I’m glad to see that we’ve got somebody local who cares,” said Brian Belanger, who lives down the street from the site. “I did not expect to be fine with this. Something’s going to go in there. It’s three acres that are sitting undeveloped, and this seems like a nice thing to do with it.”

However, other commenters raised opposition to Stag’s Garden, citing their concerns that the project has too much density compared to the surrounding single-family homes.

“If a development is being proposed for this land, we really think it needs to be an appropriate size, both for the land and the neighborhood and the people around it,” said Meena Davidson, who lives nearby.

City staff said projects like these are designed to serve as “transitional neighborhoods” that buffer between single-family neighborhoods and the more active, downtown commercial core to the south.

Some the criticism, however, had become personal, according to Tubbesing, who addressed some comments he said he had heard about himself and the project prior to Monday’s meeting.

“There were some extremely negative comments over the weekend that speak of my selfishness to bring this product and stuff like that,” Tubbesing said. “I just want to be really clear: I am not an out-of-town developer.

“This is important to me because Shawnee is important to me. We’re bringing a good quality development for something that’s needed. We have a massive lack of housing in our city, let alone our county,” he said.

The seven townhome buildings range from duplex to six-plex, and each residential unit will have a two-car garage located on the ground level underneath the residences, as well as 26 additional surface parking spaces on site.

Here are some other design renderings of the project. 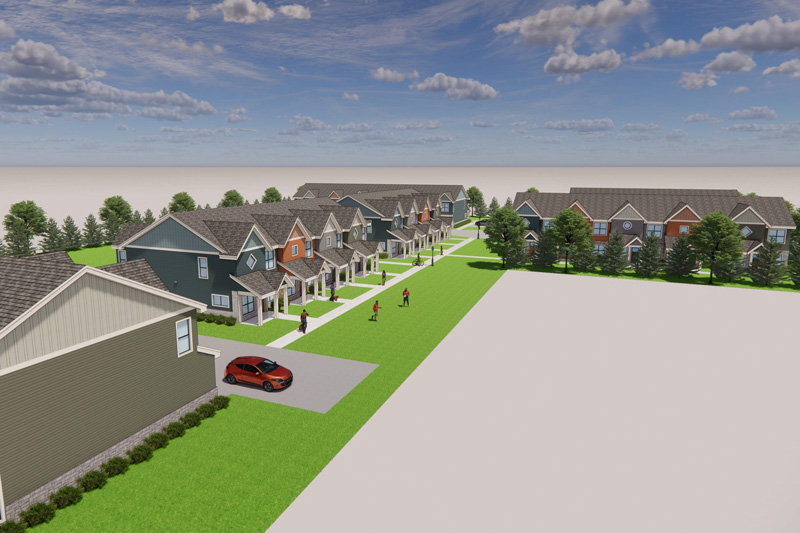 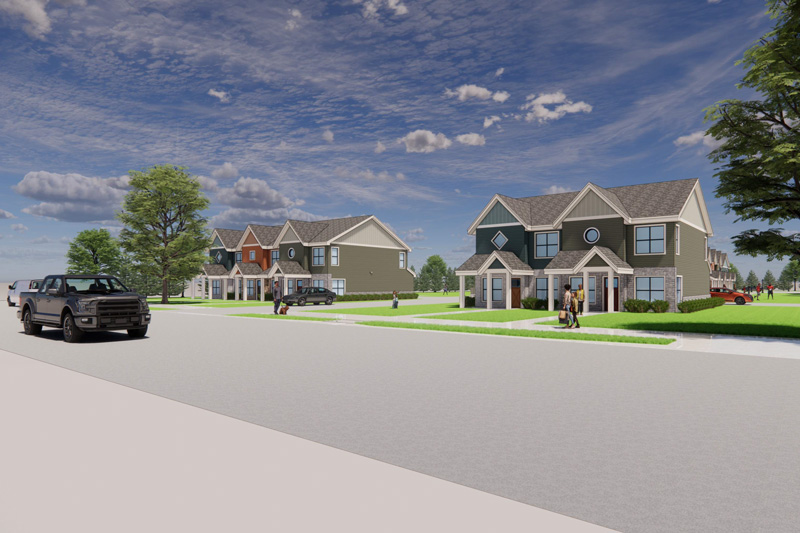 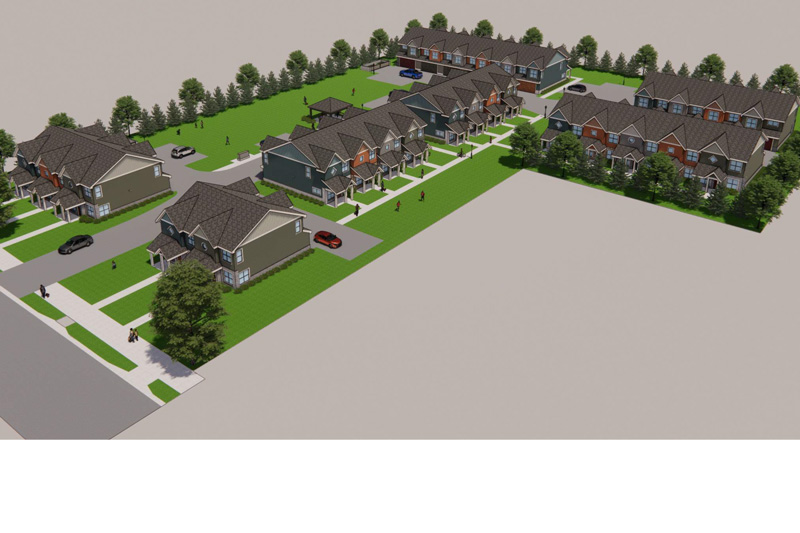 Tubbesing said the townhomes will feature similar upscale finishes and high-end appliances as those in the newly built Sixty16 Apartments in downtown Shawnee, one of his other projects.

“We are proud to bring this kind of high-quality development to the downtown Shawnee district,” he said. “With diverse, quality living options coming to downtown, we will soon be able to create a diverse and sustainable ecosystem in which downtown business can thrive and downtown district residents can finally have the quality amenities they have been seeking.”

The site will also have a green space and centrally located gazebo for the townhome residents to enjoy.

Tubbesing said they hope to market the units to adults 50 and older who are looking for no-maintenance housing. He expects the average income of his renters to be about $103,000.

He added that he plans to rent out the townhomes instead of opening them up for purchase, in order to better manage the site and accommodate the surrounding neighborhood.

A recording of the meeting is available below. Discussion begins at 2:07:56.